Fannie Mae announced last week that it had completed $1.5 billion of Low-Income Housing Tax Credit (LIHTC) investments since 2018. That investment amounts to roughly 600 properties and approximately 43,000 units of affordable housing constructed and serving a population at or below 60% of the area median income (AMI).

While this $1.5 billion in investments meets Fannie’s broad mission of supporting affordability, Fannie Mae’s VP, Multifamily, Dana Brown (pictured) explained that these investments create stable, consistently performing multifamily assets. In addition, by virtue of their modern construction and aesthetic appeal, they will serve to improve the overall health and attractiveness of communities.

“We saw an unmet need in areas where there was not strong interest from investors meeting their Community Reinvestment Act (CRA) obligations,” said Brown. “That’s areas like Native American deals that most investors shy away from because of their underwriting requirements, as well as deals that serve targeted populations like the formerly homeless, people undergoing drug rehabilitation, and special needs populations. Many investors shy away from these deals because of perceived risk and difficulty underwriting.

“We saw that as a natural place for Fannie to play a role in the market. Now, three years on, we’ve been able to deploy our full cap of $500 million on an annual basis.”

Read more: Lumber prices are near record highs, could they push home prices up further?

Through the LIHTC system, individual states allocate credits to developers which are in turn sold to syndicators, players that Brown explained as analogous to lenders. Institutional investors are able to buy these credits, and that capital contribution generates the flow of their tax benefits and supplements the sources and uses that would occur in a regular market development. This, in turn, allows the properties to operate at far lower and more affordable rents.

Brown highlighted that Fannie’s investments have been made with a range of local partners, allowing for a “rifle shot approach” where regional-specific partners, largely non-profits, with strong track records can deliver high-quality housing that meets local needs.

Brown cited the Mino-bimaadiziwin apartments, rendered below, developed in Minneapolis as an example of what’s been built through Fannie’s investments. The 110-unit affordable housing project developed by the Red Lake Bank of Chippewa Indians will serve residents earning 30%, 50% and 60% of AMI with 24 units set aside as permanent housing for the chronically homeless. Brown believes that the development, rendered below, doesn’t have any kind of surface appearance of affordable housing. It looks like the market-rate housing across the street that, thanks to the tax credit subsidy, will be maintained at a similar rate to a market-rate property. 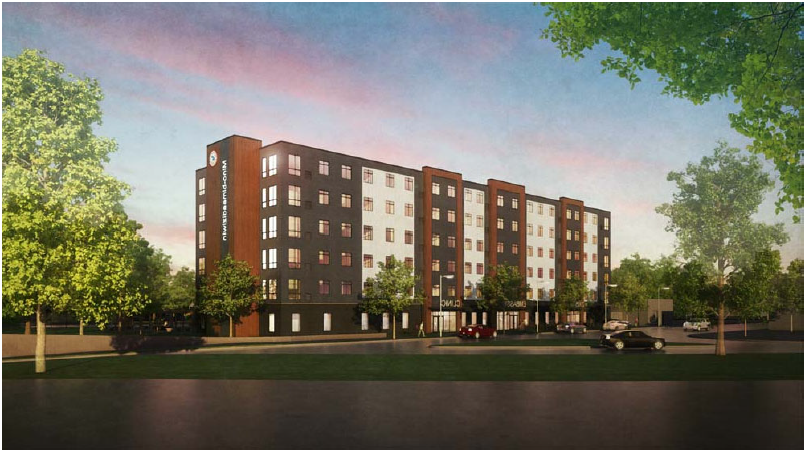 From a mortgage professional’s perspective, Brown explained that lending on these properties offers an opportunity to work with a remarkably stable asset. Due to the dire need for affordable housing, these properties have long waitlists and near-zero vacancy rates.

“These units stay full, all day, every day,” Brown said. “The properties are very stable in terms of operations and cash flow. So as a debt provider, you should feel pretty good in terms of the risk profile of that debt placement. And if you look historically at losses through market cycles, and through the Great Recession, that’s borne out.”