US home values - they could drop, president says

A recession in the US followed by a drop in mortgage rates could result in a fall in home values, Jodi Hall (pictured), the president of the Nationwide Mortgage Bankers (NMB) has suggested.

Speaking to Mortgage Professional America (MPA) last week shortly after the Federal Reserve raised its benchmark rate by half a percentage point, Hall added that the high demand for homes coupled with the country’s severe shortage of available properties for sale meant there was no danger of “a bubble bursting” or a return to the crisis of 2008.

She said: “If we go into recession, mortgage interest rates are going to fall - that’s what’s going to happen. And many of us in the industry believe that by the end of the year, we’re going to see a decline in interest rates.

“Home values could potentially fall - it would make sense if we went into recession, but we’ve never been in the situation that we’re in today where there’s such a lack of inventory. So I don’t think we’re looking at anything like 2002, 2007-2008 when the bottom fell out.”

The possibility of a recession later this year is now widely accepted among economists and mortgage professionals after the economy shrank in the last quarter. Professor David Blanchflower, a former member of the Bank of England’s monetary policy committee, went further, claiming that a number of countries, including the US, were already in recession.

Read more: How will the Russia-Ukraine conflict affect the housing sector?

And with six out of 10 Americans also fearing that a recession was “right around the corner,” according to a recent survey from AllianzLife, NMB was planning ahead for what that could mean to the mortgage sector, including a drop in rates and an eventual return to a demand for refi loans.

She said: “We’re preparing and getting our infrastructure and efficiency in place to be looking at a refinance boom with all the home purchases that are happening now.”

Although she noted that there was currently no demand for rate and term refinance, she said that “now is the time to act on refinancing or securing the best interest rate for home purchases before (rates) go higher”.

She revealed that NMB was on a recruitment drive, having hired 100 new staff in May alone, despite a drop in profits. “We’re growing. We are not as profitable as we were in 2020 and 2021 because the margins have compressed from the investor perspective, but we’re actually hiring, and we see that there’s a lot of talent that is out there right now.”

She pointed out that with inflation soaring, the only way to bring down the cost of originating a loan and do more volume with the same number of employees will be to deploy greater tech and innovation “so that we’re ready for the next refinance boom when interest rates drop”.

Regarding the impact of a possible recession on the mortgage industry, Hall said it would “cleanse the industry of the people who did refinance business”, adding that it will take “a higher skilled savvy loan officer to survive this and it’s going to make the industry stronger”.

She said: “I often tell people not much of what I’ve had to deal with over the last three years as president of a mortgage company has been about mortgages. It feels very much like the beginning of the pandemic, when we had a lot of investors in the mortgage industry who were scared, and we were barely breaking even or losing money on every loan that we closed.

“But we’re taking advantage of the opportunity. We’re OK not making money on loans for the short term and we’re taking advantage and recruiting and trying to bring people over to the organization because we think it’s going to change. So we want to be in the best possible place that we can be and be as strong as possible. A lot of times the way that individuals react to adversity determines where they will be in two, three years from now and we really just think that any adversity that comes at us, whether it’s the pandemic, whether it’s the market, we feel we get stronger as an organization.

“We’re not happy that it’s happening, but we’re glad that we’re in the position that we’re at.” 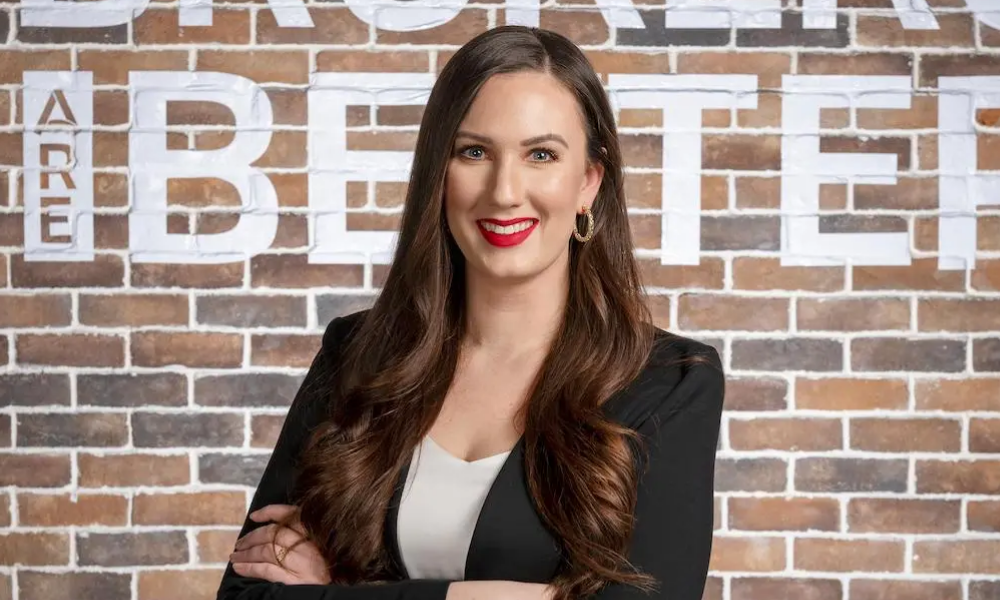