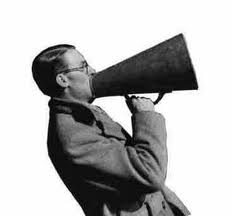 (CNNMoney) -- Getting served with foreclosure papers made Lynn Szymoniak rich.

While she couldn't have known it at the time, that day in 2008 led to her uncovering widespread fraud on the part of some of the country's biggest banks, and ultimately taking home $18 million as a result of her lawsuits against them.

Szymoniak is one of six Americans who won big in the national foreclosure settlement, finalized earlier this year, as a result of whistleblower suits. In total, they collected $46.5 million, according to the Justice Department.

In the settlement, the nation's five largest mortgage lenders --Bank of America , Wells Fargo, J.P. Morgan Chase, Citigroup and Ally Financial -- agreed to pay $5 billion in fines and committed to roughly $20 billion more in refinancing and mortgage modifications for borrowers.

A judge signed off on the agreement in April, and in May -- Szymoniak received her cut.

"I recognize that mine's a very, very happy ending," she said. "I know there are plenty of people who have tried as hard as I have and won't see these kinds of results."

Whistleblower suits stem from the False Claims Act, which allows private citizens to file lawsuits on behalf of the U.S. when they have knowledge that the government is being defrauded. These citizens are then entitled to collect a portion of any penalties assessed in their case.

The act was originally passed in 1863, during a time when government officials were concerned that suppliers to the Union Army during the Civil War could be defrauding them.

In 1986, Congress modified the law to make it easier for whistleblowers to bring cases and giving them a larger share of any penalties collected. Whistleblowers can now take home between 15% and 30% of the sums collected in their cases.