In reviewing the latter half of FY2012, it’s clear that the housing market made a turnaround on numerous fronts. Third quarter disclosures showed both a drop in home defaults and a rise in overall mortgage reliability, with major lenders’ loan operations increasingly stable and profitable. 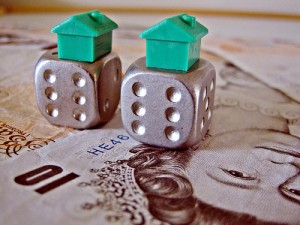 In reviewing the latter half of FY2012, it’s clear that the housing market made a turnaround on numerous fronts. Third quarter disclosures showed both a drop in home defaults and a rise in overall mortgage reliability, with major lenders’ loan operations increasingly stable and profitable. In addition, the monthly volume of new home starts has been gradually increasing since September. The median national value of homes has risen, but the cost of real estate is still conservative enough that many prospective homebuyers are transitioning into new property ownership. For those attuned to macroeconomic trends, foreign finance players have begun to seek U.S. real estate as a source of growth investment.

Taking all this into account, some sections of the United States housing market performed exceptionally well throughout last year. Despite the market-wide quagmire ensuing from the 2008 bubble burst, some sales regions suffered a particularly drastic loss in value and sales interest. Certain areas persisted with greater stability in the aftermath, particularly previously lower interest areas such as Ohio and the greater Midwest. However, the areas hit hardest in 2008 seem to be those making the most generous returns to stability and real estate value.

According to data compiled by Trulia, the top ten housing markets by asking price recovery are overwhelmingly located along throughout the western United States. You could be tempted to point out that these regions often had the most downturn to recover from, but it’s nevertheless a relief to see that the once-lucrative California market is making a persistent return towards value reliability. The year-over-year December asking prices of homes within these recovery markets are respectable on their own, but are even more heartening considering these same markets saw a sharp drop in asking prices year-over-year in December 2011.

Of the four sharply recovered California markets, four are spread throughout Northern California while another two are situated within the Pacific Northwest. Affluent, employment-rich Sacramento and San Jose both saw a 9.5% and 16.1% rise in asking prices, while Seattle saw an uptick of 10.2%. In addition to newfound in health in communities near the Pacific coast, metro areas slightly inward are also seeing a turnaround in the asking price value of local property. Arizona has run hand-in-hand with California as two of the most severely impacted property markets, but Phoenix witnessed a full 26.0% ascent in December’s year-over-year asking price. Las Vegas also reported an exceptional rise in asking price, climbing 16.2% above those posted in December 2011.

So what does this mean for both homebuyers and property investors? As a tentative step, the shunned West Coast housing market may be a reliable source of real estate investment, and even slated for some value growth as California’s economy and job market continue their turnaround. Similarly, we may be seeing a window of opportunity for prospective homeowners to buy property at comparatively deflated values and watch their homes mature in value over time.  As the Trulia report disclosed, the national average of asking prices increased 5.1% overall at the conclusion of last year, and point towards continuing this steady momentum. Assuming investors and homeowners remain sensitive to the particularities of housing regions, we may be slated to see smart property investments mature in value through this decade.