Wells Fargo to Exit Wholesale Channel After Fair-Lending Accord 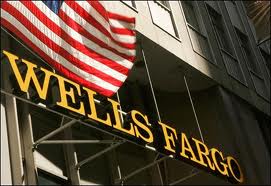 (Bloomberg) -- Wells Fargo & Co., the largest U.S. mortgage lender, said it will stop funding loans originated and sold by independent mortgage brokers after settling a federal fair-lending investigation. After tomorrow, the company won’t accept new applications for loans originated by independent mortgage brokers in its wholesale channel, according to a statement today from the San Francisco-based firm. The lender said it will still process and close existing applications. Wells Fargo agreed today to pay $125 million to settle U.S. claims that it discriminated against minority borrowers in making residential loans. The decision to exit wholesale was made by Wells Fargo “on its own volition,” the bank said in a statement about that accord. The company made $7.4 billion of mortgages through brokers in the first quarter, the most of any lender and 21 percent of the industrywide total, according to Inside Mortgage Finance, a trade publication. The loans made up about 5 percent of the company’s total, according to the statement. Read original article from Bloomberg