While an abundance of publications and analysts have been quick to note the recent gain in housing prices, there’s been somewhat less attention devoted to particularly why housing prices climbed so markedly in 2012. 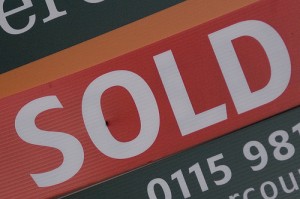 While an abundance of publications and analysts have been quick to note the recent gain in housing prices, there’s been somewhat less attention devoted to particularly why housing prices climbed so markedly in 2012. It seems that one of the primary motivators for the rise in the nationwide value of homes sold has been a drop in the American housing inventory. Throughout 2012, the supply-demand equation struck a balance that was highly favorable to the housing recovery, and has continued to work in tandem with a spread of other economic factors to persistently encourage turnaround in the housing market.

As I’d noted in a previous post, the much-dreaded shadow inventory of unsold homes decreased substantially in 2012. In addition, apprehension around property values and the overall instability of the housing sector had motivated many otherwise interested homebuyers to hold back on purchasing homes. Now that consumer confidence has returned, this release in pent-up demand is causing a surge in home closing, with a wave of purchases likely to continue as homebuyer interest thaws.

According to a recent article from The Washington Post, the number of homes currently for sale is the lowest since the recession. Culminating at the close of January, the United States housing market has witnessed ten consecutive months of asking price increases. This has led to a wave of major homebuilders actively staking new construction, as the local demand for property in certain regions has become so pronounced that there exists economic incentive to create property beyond what currently exists on the open market.

Taking all this into account, it’s likely that constriction in sales volume will be one of the primary engines for pushing forward a continuous recovery in the housing sector. One of the primary reasons the housing sector languished in a prolonged quagmire following the 2008 crash was that both the foreclosure wave and general disinterest in purchasing had left a substantial volume of unclaimed houses floating on the open market. Fears that home prices would only become further deflated, and highly susceptible to underwater mortgages, scared away prospective homeowners interested in making purchases.

In surveying the housing trends that emerged last year, it’s likely that the nationwide value of homes sold will continue to rise throughout 2013. This will likely encourage a peripheral series of economic trends as well. The quarterly earnings of major homebuilders could well increase beyond previous estimates, leading to an exceptionally profitable year for homebuilding corporations. In addition, well-timed property investment could become a lucrative enterprise. With the housing market beginning a recovery, locality-sensitive real estate investment may provide substantial asset appreciation, particularly in areas with mounting buyer interest. Ultimately, the long-term forecast for housing market health remains uncertain, but current trends point to a growth year for real estate in 2013.