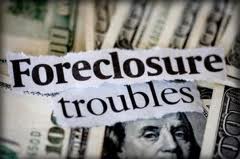 The debt collection industry has been waiting for this moment since before 2008. Thousands of foreclosures across the United States are fueling massive amounts of debt on everything from unpaid property taxes to homeowners' association fees, cable TV bills, municipal ordinance violations, and more. These debts are being assessed against individuals who thought their foreclosures were long behind them, but are now unpleasantly resurfacing as debt collection attempts. CNN Money calls them "zombie foreclosures." Former borrowers are being targeted because they still appear as owners of record on residential properties they no longer occupy. In some cases, these so-called debtors turned over the keys to their homes after a deed-in-lieu of foreclosure instrument was executed. Others were served with court documents that indicated their homes would be put on judicial auctions. The problem in many of these undead foreclosures is that the bank acting as the servicing institution for the defaulted mortgage never bothered to follow up on the property after the former borrowers moved out. In many court jurisdictions across the U.S., banks are conspicuously absent from foreclosure auctions and sheriff's sales, and even potential bidders were frustrated by high mortgage amounts due. Many banks take possession of the property but do not bother to pay the bills or even transfer the deed to their names, and thus the former homeowners end up in debt collection. Paying the Piper With about two million foreclosures stuck in limbo across the country, debt collectors expect to be busy in the years to come. Deficiency judgments, mysterious liens, unpaid taxes, attorney's fees, outstanding fines, and other debts are piling up due to the foreclosure tide that has been ebbing and flowing for more than five years. These debts will have a detrimental effect on the shadow inventory, especially now that banks are interested in slimming down their real estate owned (REO) holdings. Rising median home prices and a dwindling national inventory of available listings are motivating banks to put their REO properties on the market, until they find that debts and liens are foiling their seemingly ripe plans. This is when debt collectors are retained to conjure up those pesky zombie foreclosures. In many cases, these debts are a result of poor handling of deed-in-lieu of foreclosure transactions or inept management of foreclosure and REO pipelines by banks or specialized legal firms retained in this regard. Alas, neither banks nor former borrowers are prepared to pay the piper, which creates an impasse in the shadow inventory.