Lower Down Payments Thanks to the White House? 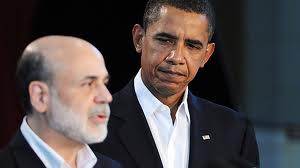 During the 2012 reelection bid by the incumbent President Barack Obama, the housing market was a campaign topic barely mentioned by either candidate. Now that President Obama has comfortably eased into this second term, the housing and mortgage industries seem to be a hot topic at the White House. The President's first State of the Union address of his second term acknowledge that first-time home buyers are currently at a disadvantage due to strict and overlapping regulations, and he pondered about streamlining the process. Real estate and mortgage professionals who listened to the President's words will now take the White House to task on this issue. The qualified residential mortgage definitions and rules are expected to be completed in 2013, and it's down to the regulators facing pressure from the lenders, brokers and consumers. Easing the Down Payments and Credit Requirements As it currently stands, mortgage lenders would like to lend to borrowers who have less than 20 percent of down payment, or whose debt-to-income (DTI) housing ratio is more than 36 percent. The only problem is that they do not want to be held responsible for what happens to these riskier mortgages. Regulators are calling for banks to ease their lending requirements, but only if they are willing to take on a higher stake on the mortgages they originate. After the lessons learned from the housing bubble, regulators are not likely to find many lenders willing to take on such perceived risks. Real estate and mortgage brokers who are not affiliated with the five major U.S. mortgage lenders are calling on their House Representatives to pressure regulators into expanding the qualified mortgage definition to very low down payments and DTI ratios higher than 43 percent. Since regulators are offering legal protections to lenders who originate these riskier home loans, industry professionals feel that they should include a wider range of applicants who will not be able to sue their banks anyway. Such proposals are gaining traction. Senators from both Republican and Democratic parties are urging regulators to lower down payments for the final rules. There are still a few months to go before the rules are finalized, and private mortgage insurers are bound to speak up against lower down payments. Still, the White House seems to be supportive of the idea that the time has come to allow more first-time home buyers to participate in the ongoing housing recovery, and even Federal Reserve Governor Daniel Tarullo is concerned that strict rulemaking may keep lots of working-class borrowers out of the market.