The default rate of first and second lien mortgages edged up in December, according to data from S&P Dow Jones Indices and Experian.

The latest S&P/Experian Consumer Credit Default Indices show that the first mortgage default rate was up slightly from 0.28% to 0.29% in December. The bank card default rate also saw a month-over-month increase of seven basis points to 2.63%. Meanwhile, the composite rate held steady at 0.46%, and the auto loan rate remained unchanged at 0.64%.

Of the five major metropolitan statistical areas (MSAs), two posted lower default rates in December. Los Angeles and Chicago each dropped two basis points to 0.35% and 0.52% respectively. Dallas and Miami were both unchanged, at 0.56% and 0.86% respectively. New York was the only outlier, with its default rates up one basis point to 0.42%. 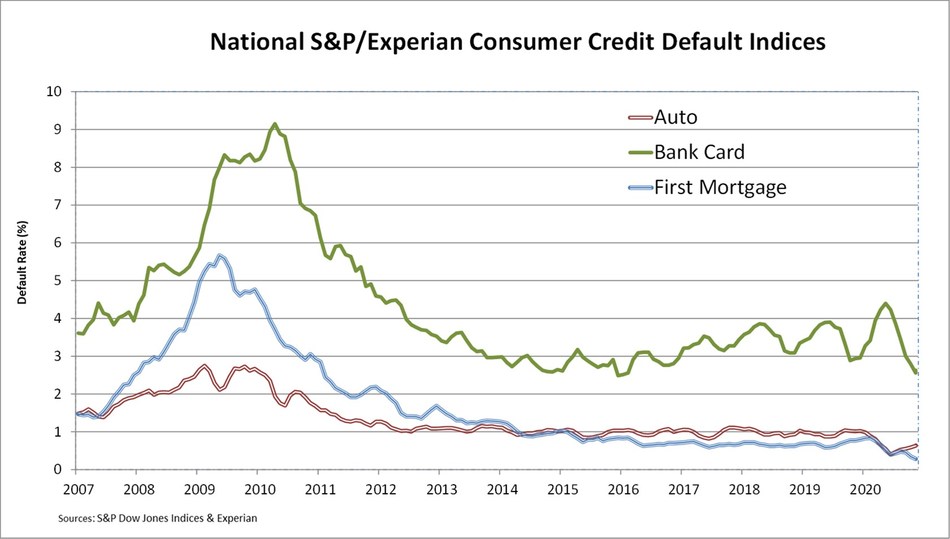