Why do millennials move where they do?

Affordability is one of the main reasons but how affordable are these markets?

The top US housing markets for millennials are often chosen for the job market and affordability and a new report looks at the markets that are currently popular with this cohort of homebuyers and owners.

In Madison, WI, 75% of recent movers to the city are millennials and that generation makes up 32% of the population.

"In comparison to other areas, Madison offers one of the highest wages for millennials ($68,500)," says Yun. "Moreover, this income level combined with the robust employment opportunities and the affordability, make Madison among one of the most appealing locations for millennials who are looking to stay longer and raise families."

Despite high home prices, California is a popular destination for millennials and Bakersfield – between San Francisco and Los Angeles - is offering some of the state’s most affordable homes. More than two thirds of recent movers and 28% of residents are millennials.

"The increasing employment rate in California is another strong selling point among this generation," says Yun. "While the rate of unemployment in Bakersfield is higher than it is nationwide, we're seeing job growth there pick up at a strong pace. Home building in Bakersfield is rising, too. Many newcomers to San Francisco and Los Angeles do not stay for long because of unaffordability. Millennials moving to Bakersfield meanwhile are looking to take advantage of conditions toward homeownership."

One out of two people who moved in the 100 largest metro areas was a millennial (54%), and one of four residents was also a millennial (25%). 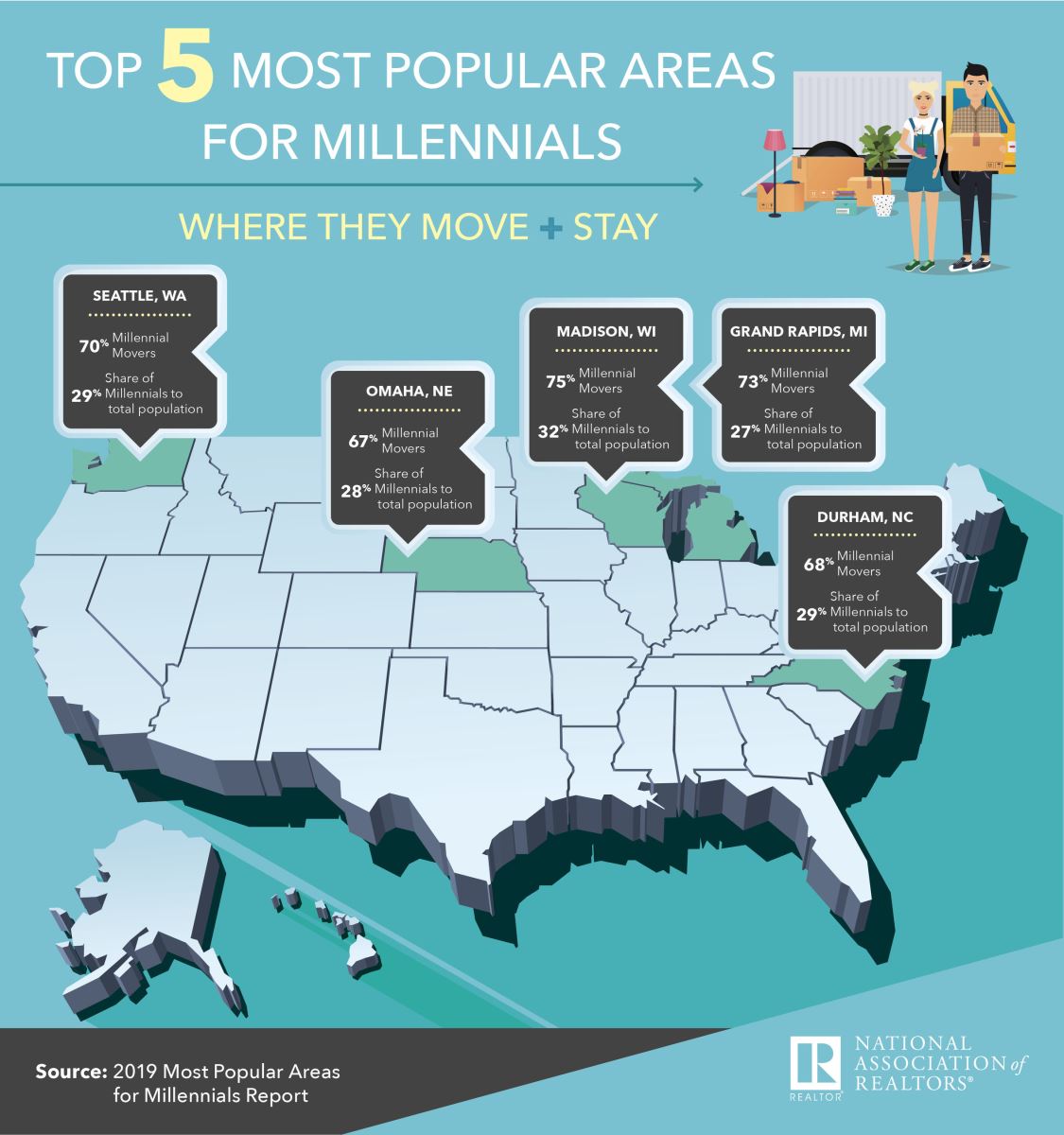