Mortgage's focus on DE&I has a new face

CBC Mortgage Agency -- a nationally chartered housing finance agency and source of down payment assistance for first-time homebuyers – announced that Tai Christensen (pictured), the company’s director of government affairs and diversity, equity and inclusion officer, has been tapped as chair of the American Mortgage Diversity Council.

Christensen succeeds outgoing chair Lola Oyewole. In her new role, Christensen will lead the Dallas-based organization organization’s efforts to promote diversity, equity and inclusion throughout the mortgage industry. Christensen originally joined the organization’s advisory board in April 2021. She has two decades of real estate finance experience and has been with CBC Mortgage Agency since January 2018.

Christensen sat down to talk with Mortgage Professional America about her goals in her new role. “Working for a company that aligns closely with my desire to erase racial disparity in homeownership has been so gratifying,” Christensen said. “So, when the opportunity to support the American Mortgage Diversity Council arose last year, I jumped at the chance. Little did I know I would be given the opportunity to help guide the council as chair just a year later. I am honored to have the opportunity.”

Yet amid such sobering stats, Christensen sees hope. She is buoyed by other women who have recently been appointed to key positions related to lending diversity, including:

Christensen spoke to the frustration of conveying the gravity of the lending gap to a mainstream audience: “The dominating news cycles right now are the Ukrainian war, Trump and his rhetoric – is he running, is he not running – and now we have the Roe v. Wade leak from the Supreme Court. So if you’re not talking about those three issues, you’re not going to get prime time coverage. As far as mainstream media is concerned, it’s very hard to talk about boring things like borrowing security. Do the DTI [debt-to-income] ratios need to be updated? Are we not including alternative forms of credit to advance homeownership to the minority entrepreneur community? These are not exactly robust issues that the majority of the country cares to learn about, but they are very, very important.”

In a prepared statement, Oyewole spoke of her tenure as chair of the American Mortgage Diversity Council: “My time as AMDC chair has been very fulfilling, but there is more work ahead to maintain progress in the diversification of real estate finance,” Oyewole said. “I look forward to continuing to serve the organization in other capacities to help it achieve its mission of expanding diversity in the mortgage industry.”

Oyewole will remain on the AMDC board of advisors for the next year and will help Christensen transition into her new role.

Christensen is ready to take the baton in the race to ensure borrowing equity: “I look forward to building on Lola’s accomplishments to help make the mortgage industry more inclusive and representative of the communities we serve,” she said. 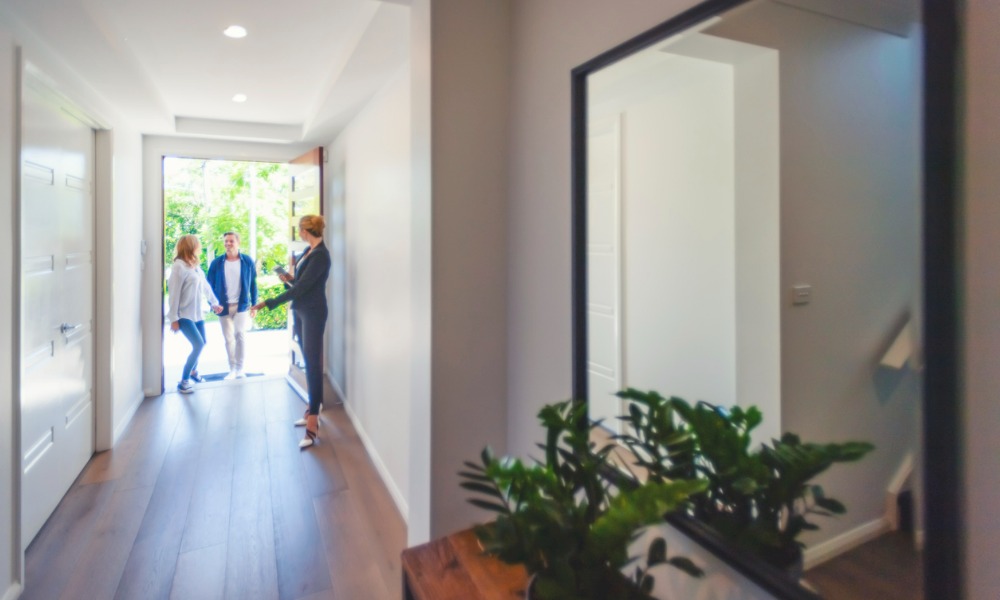