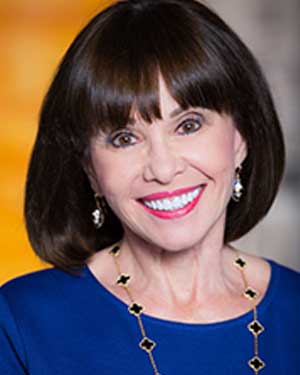 Sherry Cooper is the chief economist of Dominion Lending Centres, tasked with helping Canadians understand the complexities of buying a home. She is also currently a principal at Sherry Cooper Associates and was a TMX industry professor at DeGroote School of Business, McMaster University. She began her financial services career at the Federal Reserve Board in Washington, D.C. in 1977, before joining Federal National Mortgage Association (Fannie Mae) as director of financial economics. Cooper was also previously chief economist and executive vice president of BMO Financial Group, where she was responsible for global economic and financial forecasting as well as country-risk and industry-risk analysis. She joined BMO Financial Group in 1994 when it acquired Burns Fry, where she had been chief economist, co-head of fixed income, and the first female director of a Bay Street investment firm. Cooper is also a writer, media commentator, and sought-after speaker. Her third book, The New Retirement: How It Will Change Our Future, was blockbuster bestseller. She holds an M.A. and Ph.D. in Economics from the University of Pittsburgh.