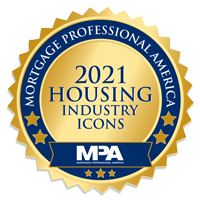 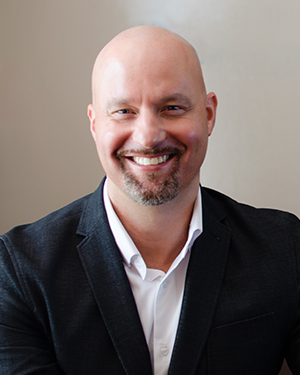 Being a mortgage originator was not what Chad Jampedro had in mind when he graduated from college in 2001. He had multiple opportunities ahead of him, including law school, but he put them on hold when GSF Mortgage founders Jim Guzanick and Phil Siebert recruited him to join their Illinois branch. It was a huge risk, but Jampedro decided to try it to gain work experience. What was supposed to be just a few years stretched to two decades, and his two mentors are now his partners.

“I really didn’t know much about mortgages, and a few other opportunities paid more money at the time,” Jampedro says. “I wanted to be part of something where I had a real-world impact but also the opportunity to earn a high income. I felt the mortgage industry could be that opportunity, so I took a shot. Also, I grew up in Pittsburgh and moved to Chicago to join this company. I had no idea how hard it would be to build a business in a place where I knew absolutely no one.”

Over the years, Jampedro has held several positions at GSF (now GO Mortgage), working his way up the ranks. As a leader, he was instrumental in enhancing the company’s structure by implementing a new business strategy and adopting new technologies. Jampedro is currently the president of GO Mortgage and a 2021 Housing Industry Icon.

Despite all he’s accomplished, Jampedro continues to take bold steps to improve and grow the company. He’s working on developing a people-first approach to team management and decision-making. With more of his team working from home full-time and part-time, he aims to improve their ability to connect and engage with one another.

“Empathy and emotional intelligence are elements of business that are relatively recent,” he says. “A decade ago, these were not ideals that were part of the strategic approach of most companies. My goal is to create an environment where this type of engagement and support governs the relationship with our team members. What it will look and feel like is a more progressive and productive work environment.”

His vision and effective leadership have taken him far in the mortgage industry. But there is no finish line for the industry icon – only innovation and superior service.

Jampedro’s advice for originators: “Meet the market where it is, not where you want it to be. Past success can become the very reason you may be struggling if it is clouding your judgment of the relevant market today. Sooner or later, you will need to begin again.”

He adds that “it is our duty to serve our clients and partners at the highest level. Our job is to consistently improve and add value for the here and now. Now the race can be a relay. I have an amazing team that I can hand the baton to, and they continue the race – in many cases, much faster and more effectively than me.”