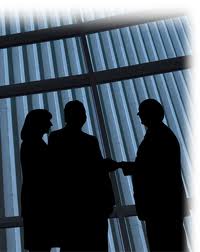 Manhattan-based residential (and commercial) brokerage Metropolitan Property Group is set to open a fourth office in Midtown West later this month. The firm, which opened 14 years ago with its first office at 200 Park Avenue South (since closed), already has three offices in and around Midtown, at 184 Fifth Avenue, 369 Lexington Avenue and 211 East 43rd Street.   The fourth is located at 255 West 36th Street, between Seventh and Eighth avenues. Sami Katri, Metropolitan Property Group’s founder and CEO, has signed a lease on the 3,700 square foot office with room for 45 new agents. Currently with 140 agents on his roster, Mr. Katri hopes to expand to at least 185 agents by the end of the summer. The company is paying approximately $30 per square foot for the space and has a seven-year lease. Mr. Katri and his team are recruiting from various places and are in talks with many producers from different companies.   Sami chose Midtown West for his new office space largely due to the recent proliferation of rental buildings in the neighborhood. With the expansion of the subway, new rental and sale developments and many customers desire to move to Midtown West, the decision was simple and choosing the space was easy. Located in a building with tenants such as Jay-Z’s 40/40 nightclub and the Consulate of Honduras, Sami looks forward to new business opportunities, referrals and the continued growth of Metropolitan Property Group.