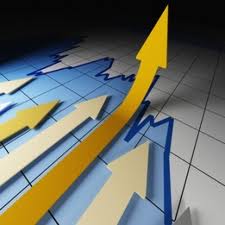 La Jolla, CA.-----The median price paid for a Bay Area home in June jumped to its highest level in almost four years, the result of an ongoing shift in the types of homes selling, slightly improved mortgage availability, and ultra-low interest rates on home loans. Sales increased on a year-over-year basis for the 12th month in a row, a real estate information service reported.

The median’s low point for the current real estate cycle was $290,000 in March 2009, while the peak was $665,000 in June/July 2007. Around half of the median’s peak-to-trough drop was the result of a decline in home values, while the other half reflected a shift in the sales mix.

“Some of today’s stats are similar to what we saw in the thick of the housing downturn back in 2009, only in reverse: Instead of foreclosure resales soaring they’re waning, and instead of high-end sales slumping they’re posting some of the larger sales gains. This is one of the main reasons that various price measures are pointing higher – a so-called change in market mix. While last month’s jump in the median sale price might to some extent reflect prices edging a bit higher in certain markets, mostly it’s a reflection of the change in market mix. Fewer discounted distressed properties changing hands, more normal sales in the move-up range,” said John Walsh, DataQuick president.

Last month distressed property sales – the combination of foreclosure resales and “short sales” – made up 36.1 percent of the resale market. That was down from 39.0 percent in May and down from 44.3 percent in June a year ago.

Short sales – transactions where the sale price fell short of what was owed on the property – made up an estimated 18.0 percent of Bay Area resales last month. That was up from an estimated 17.6 percent in May and about the same as 18.2 percent a year earlier.

Government-insured FHA home purchase loans, a popular choice among first-time buyers, accounted for 16.8 percent of all Bay Area home purchase mortgages in June. That was down from 17.2 percent in May and down from 20.6 percent a year earlier. Last month’s figure was the lowest since the FHA purchase loan share was 14.7 percent in August 2008.

Jumbo loans, mortgages above the old conforming limit of $417,000, accounted for 38.1 percent of last month’s purchase lending, the highest since 38.6 percent in December 2007. It was up from a revised 37.2 percent in May, and up from 34.6 percent a year ago. In the current housing cycle, jumbo usage dropped as low as 17.1 percent in January 2009. Before the credit crunch struck in August 2007, jumbos accounted for nearly 60 percent of the Bay Area purchase loan market.

The typical monthly mortgage payment that Bay Area buyers committed themselves to paying last month was $1,532, up from $1,491 in May, and up from $1,525 a year ago. Adjusted for inflation, last month’s payment was 45.2 percent below the typical payment in spring 1989, the peak of the prior real estate cycle. It was 59.5 percent below the current cycle's peak in July 2007.

Indicators of market distress continue to move in different directions. Foreclosure activity remains high by historical standards but below peak levels reached over the last three years. Financing with multiple mortgages is low, down payment sizes are stable, DataQuick reported.