These cities may see delinquency spikes from COVID-19

WalletHub has revealed the cities with the most overleveraged homes

Rising home prices and a long period of low interest rates may have made some homeowners feel invincible.

But with the COVID-19 coronavirus outbreak set to decimate jobs and the US economy, many will now be wishing they had been a little more modest with their mortgage.

A study by WalletHub has identified the US cities that have the most overleveraged homes with unsuitable mortgage loans.

By comparing the median mortgage debt in 2,500 cities to the median income, the study found that Willis, TX, is the most overleveraged while Dublin and Powell, both in Ohio, share the honor of being the least overleveraged.

Key findings
West Mifflin, Pennsylvania, has the lowest mortgage debt-to-income ratio, 140%, which is 7.4 times lower than in Bell Gardens, California, the city with the highest at 1,041%.

Bronxville, New York, has the lowest mortgage debt-to-house value ratio, 19%, which is 9.6 times lower than in McKees Rocks, Pennsylvania, the city with the highest at 182%. 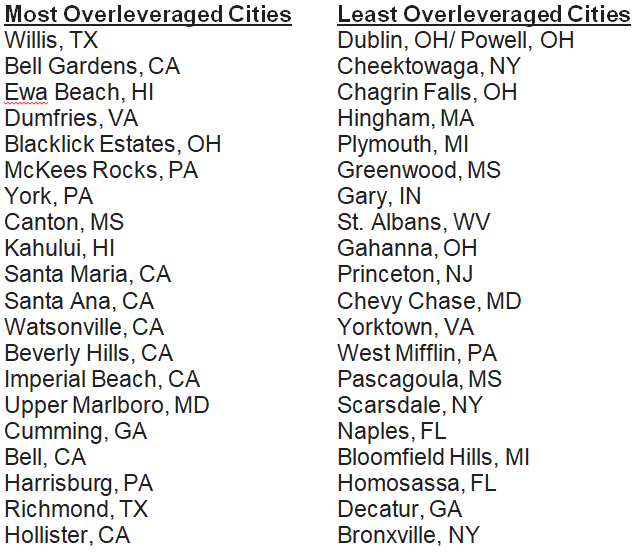 How to gain and attract single family rental tenants