Over the years, many people have benefited from the “guru’s” words of wisdom, whom ever that person may be at the time. Many Real Estate and Mortgage professionals-turn-guru make millions on DVDs, public tours and printed material to tell you how to be as successful as they are. 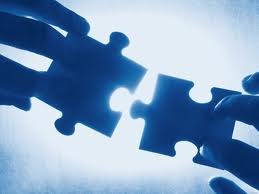 Over the years, many people have benefited from the “guru’s” words of wisdom, whom ever that person may be at the time. Many Real Estate and Mortgage professionals-turn-guru make millions on DVDs, public tours and printed material to tell you how to be as successful as they are.  Jack Davis was one of my favorites.  I saw him present and I even picked up his cd on the “Loan Officer School” that gave templates for documents, scripts for customer situations and inspirational words of wisdom. I loved his sense of humor and his easy going attitude….

It never worked… not for me at least.

The favor-of-the-month is always around the next corner. Some are dynamic and universally appealing and become very successful, like Stephen Covey.  Others are simply a flash in the pan; no names mentioned.

Robert Allen was the very first seminar I attended about 30 years ago.  His real estate advice was good, but finding the properties that he preached to find for making a profit was another story.  Few and far between, and geographically influenced.

Anthony Robbins was another favorite because he was so dynamic in person.  His pearls of wisdom captivated the audience.  But when I walked away all inspired, I realized there was no action plan and substantive procedures to gain what goals I wanted to achieve.

From the times of Aristotle and Socrates, philosophy has been a part of culture.  Customizing philosophy to an industry is a phenomenon present in recent twentieth century society or even back to the Austrian Theory of the Capital Market in the mid 1850’s.

If you look at all these theories, schools of thought and “guru’s pearls of wisdom,” it all boils down to a simple fact that has not changed in two thousand years. In the movie, “City Slickers” Billy Crystal played Mitch Robbins, an urban dweller searching for the meaning of life in the Western wilderness.  During a cattle drive, the lead wrangler, Curly, played by Jack Palance, tells Crystal that the most important thing in life is one thing. Curly dies before Billy Crystal can gain that answer but figures out that the “one thing” is whatever is important to you.

So going back to the two thousand years of the same simple facts just repackage for the society we live in today… Curly was on to something.  But I feel there is some structure to figuring out that one thing.  It is called asking the right questions.

In all the professional pursuits I have endeavored, all the education I have completed, and all the great business leaders to whom I have listened and read, solid answers to all questions are rooted in the basic: Who, What, Where, When, Why and How.

A resolution to a problem or to a situation will start with a question of some sort; how do I start my own business? How can I resolve this problem? Where will I become the most successful in my professional career?  Who invented liquid soap and why?

Ask the six questions, or as I call it, “go with the FWOH” (kind of an Elmer Fudd thing). Five ‘Ws” and One “H” forms the acronym FWOH. Who, what, where, when, why and how.  Ask these questions, answer them honestly, thoroughly and with well researched facts, and you will be successful in anything you choose to pursue.  I can write a book on the different techniques that can be used to analyze and philosophize over these questions.  The important thing is to just be true to who you are and answer them authentically.  Good Luck!

Stewart Mednick is a seasoned mortgage banker and published author.  His writing focuses on relationship development, personal empowerment, customer satisfaction, marketing and sales techniques. Stewart is available for marketing consulting, personal coaching and training sessions.  If you have a comment or a question for Stewart, contact him at 651-895-5122 or [email protected]