MAKING THE MOST OF MARKET CHAOS

Home was the theme of 2020 – houses become more than a traditional milestone in a person’s life and came to represent safety, security and freedom. Amid many other storylines, the tale of America’s real estate industry was one for the record books. The sector experienced a perfect storm of concur-rent strong purchase and refinance markets – and the industry is still riding that wave.

“I’m preparing for an aggressive and strong purchase market for the foreseeable future because I think there’s going to be massive demand across the United States in all the markets – in the suburbs, in the cities – to buy a home,” says Shant Banosian, branch manager at Guaranteed Rate and a member of this year’s 150 Million Dollar Club.

Nicole Rueth, branch manager and mortgage consultant at Fairway Indepen-dent Mortgage Corporation and another 150 Million Dollar Club member, says even with the promise of some return to normalcy – taking in a sporting event, heading to amusement parks or concerts, going on a cruise, or even just enjoying a sit-down dinner at a restaurant – “the home will still be desirable.” With the median home price hitting an unprecedented $370,000 nation-ally, she predicts continued yet slightly more gradual appreciation during the second half of 2021, with inflation peaking over the next few months before settling down.

“This year we’re refocusing on interest rates and what changes do to people’s afford-ability,” Rueth says, “and what happens to supply and demand because right now we have such intense demand, but we don’t have full supply.”

Although the vaccine rollout is a positive sign that the country is moving through the worst of the uncertainty, this year’s landscape is still quite similar to the landmark environment of 2020 – and that’s presenting some challenges for the mortgage industry.

How low can they go?

Dianne Crosby, a 150 Million Dollar Club member who serves as branch manager and vice president of lending at Guaranteed Rate, has been originating loans since 2002 and says that “no matter what interest rate we have to offer, clients are always hoping rates will go down. We’ve had such a low-rate environment in general for so long that people have become accustomed to it. As they start to rise from those all-time lows, I wonder if our clients are prepared for the adjustment.”

The pandemic taught Crosby that while technology is a wonderful tool that was able to help the industry through the restrictions on in-person meetings, it can’t replace the detailed, face-to-face conversations that are more critical than ever.

“Never have clients needed to consult with their mortgage lender as much as they do today,” she says.

Rueth says the home-buying process is hard right now – clients are making multiple offers in multiple bidding wars that they keep losing, and this stretches out the timeline. All of a sudden, home prices have gone up, along with interest rates, which ultimately pushes the client’s affordability down.

“It’s adding more salt to the wounds,” she says. “Not only are clients frustrated, upset and stressed out, but now they can’t even afford to be in the home they wanted to be in. It’s a double-edged sword right now.”

Rueth predicts that rates will stay low – just not historically low – and that volume in sales and purchase lending might even top last year. However, she sees refinances falling significantly this year and says lenders need to shift their focus accordingly.

Banosian agrees, noting that people refinancing their loans to take advantage of the record low interest rates were a major driver of volume in 2020, but as rates have crept back up, the refinancing business has slowed down, which is presenting a challenge in itself.

“We’re making sure we identify all the people who should have refinanced and let them know they have to get in before it’s too late,” Banosian says, adding that while rates are beginning to trend upward, he doesn’t see them climbing too high, too fast.

Crosby says misinformation or misleading information is another stumbling block she’s facing. Running refinancing clients’ credit often leads to that information being sold, generating “a flurry of calls and emails” on rates they supposedly qualify for, which makes it difficult for them to trust the process and understand the rates they’re getting. 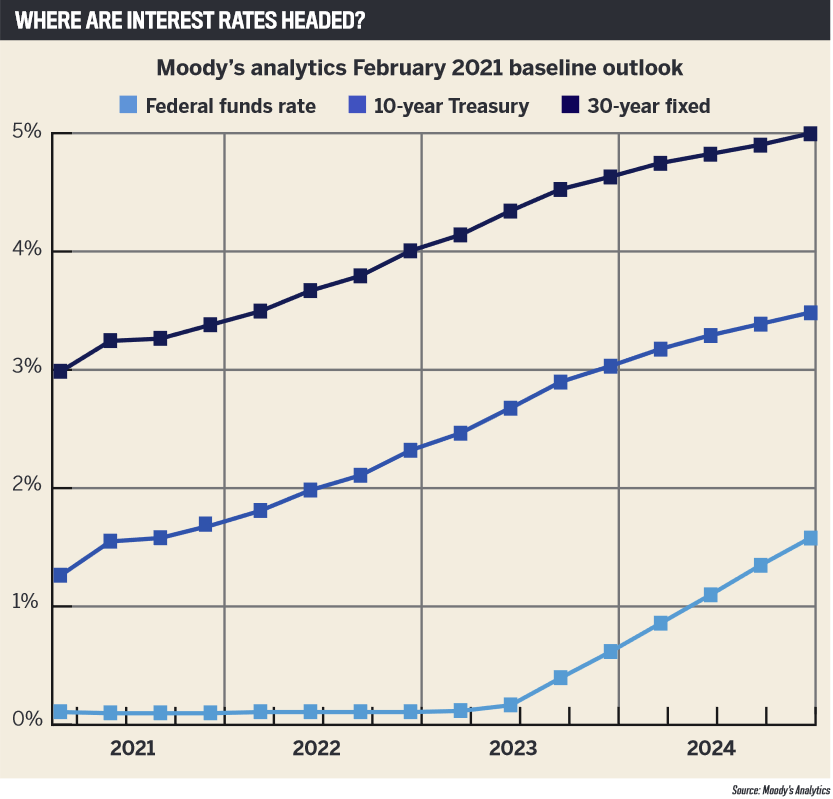 Not enough pieces of the pie

The number of houses available to buy at any given time continues to fall, and the lowest inventory levels on record, combined with massive motivation on the buyer side, means it’s difficult to get an offer accepted right now, Banosian says. Though clients are getting preapproved, not many are having offers accepted, and he’s working with clients to add value and take away some of the stress and uncertainty where he can.

“We’re helping clients get underwritten earlier so they can be more aggressive in terms of timelines,” he says. “We’re closing loans quicker to help make them able to compete with some of these cash buyers and other strong buyers out there.”

Rueth agrees there’s “a lot of work going into prequalifying somebody,” noting that it’s taking months rather than weeks for clients to find a home – if they can land one at all. Now, she says, “the real pain point is the frustration and lack of patience and turbulence” from figuring what to do when their lease is ending or their current house is sold, or their new job is starting and they can’t get settled.

In this tight market, 150 Million Dollar Club member Christopher Keelin, Northeast senior vice president of sales at Family First Funding, says a lot of people are “in purgatory right now.” Despite the motivation to get in those high offers to try to land a home, he keeps preapprovals at 85% to 90% of the client’s budget so he’s not pushing people past their comfort level.

“If you look at the industry at a granular level, people can’t afford the houses they’re ultimately buying right now,” he says. “They’re not in a great position because one event could change everything – and we’ve seen that with the pandemic.”

While people might be able to swing over-paying by 5% to 10%, he says, in some cases they end up ‘house poor’: able to pay their bills but struggling to fund other aspects of their lives like leisure activities or saving for the future. And if they end up losing their job and can’t keep up with the mortgage payments at all? Then come foreclosures and short-sale implications, Keelin says.

“It’s not the same bubble as in 2008, but I feel some kind of shift will happen, a realigning, that could be scary if the world doesn’t continue at this pace,” he says. “We have to have a moral compass that says, ‘Listen, you’re not the person to overpay by $50,000.’ I’m having those conversations. Money’s great, but I don’t want to see anybody homeless.”

Last year was such a wild ride that “everyone was in the moment and not preparing for the exit of this,” Keelin says, adding that he’s focusing on being proactive and preparing for a future that still holds many unknowns.

Despite the challenges, Rueth believes 2021 is shaping up to be a great year in the mortgage world – as long as industry players continue to adapt to the changing landscape. 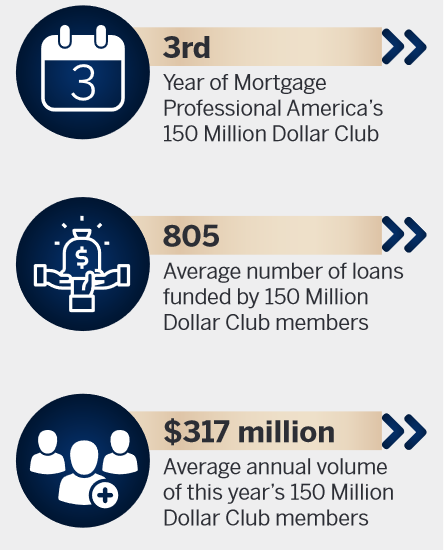 In February, Mortgage Professional America opened up nominations for the 150 Million Dollar Club, and our readership responded in spades. To be eligible for the list, originators had to have produced at least $150 million in loan volume in 2020. Each nominated originator was required to provide specific details about his or her production.

After verifying each originator’s 2020 loan volume, the team whittled down the list to the final 69 originators that make up this year’s 150 Million Dollar Club. 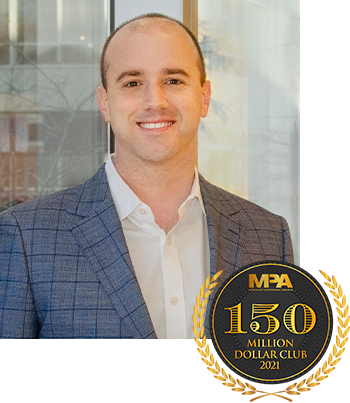 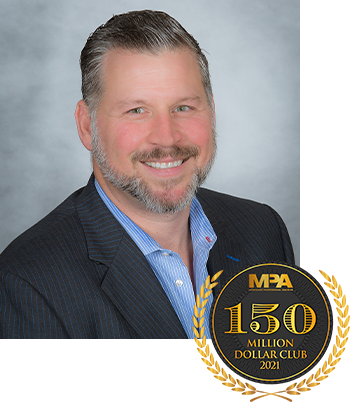 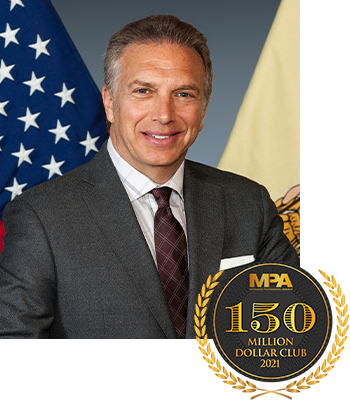