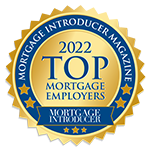 Jump to winners | Jump to methodology

Making a company an attractive place to work is no easy task. Employees have a diverse range of priorities and preferences, and not all firms are able to accommodate them. However, the Top Mortgage Employers 2022 are able and are blazing a trail with their outstanding holistic approach.

Mortgage Introducer’s survey highlights how a modern workforces’ values are different than before – flexible work options were only fractionally behind bonus/incentive programmes as the most important criteria for our respondents.

Also featuring high on the list were employee recognition programs, retirements plans and performance reviews. These results show that paying the most doesn’t equal being the best employer – there is a far wider suite of deliverables that are required.

“We continue to look at the market and run benchmarking activities, at least twice a year, ensuring people are paid fairly for the work they do”
Naomi Braisby, Landbay

Jon D’Costa of JDC Professional Recruitment, a financial services & mortgage sector specialist recruiter, says, “The role of a mortgage broker these days is no longer set between 8:30 and 6:10. Your client might want you in the evening, they might want to speak to the weekend so it requires flexibility for the advisor to put that extra time in and it requires flexibility for the employer to recognize that they're putting in these out of hours.”

He adds, “It’s that flexibility and understanding. Do they give them an extra two or three hours to go to the gym or to do some things to improve their mental well-being and deliver more when they're in the workplace? There are other benefits like insurance benefits, private insurance care, and that sort of stuff. If you're a mortgage broker, you're providing advice to customers about the products and services that you have. So one company to another, there's not a great deal of difference from the customer’s point of view but from the brokers’ point of view it's all about the environment, the support, the help that you get. Some of my clients are really successful at hiring people because of the way they treat people, they listen, they engage and that's what makes the difference.”

Despite it not being the be-all and end-all, salary demands in the mortgage industry have significantly increased due to the cost-of-living crisis and the Top Mortgage Employers 2022 have dealt with the issue in the face of surging expectations.

Research conducted by Mortgage Introducer has revealed that mortgage industry recruitment consultants are dealing with very large hikes in salaries. “Our average has gone from about £28,500 to £35,000, but in the last couple of weeks, I’ve put in brokers anywhere up to £60,000, because the market is tight,” says Marcus Nanson, director of NRG Resourcing.

For him, paying a premium is a smart move. “I think it’s the most important thing to pay for the best, rather than a group of average mortgage advisors,” he says.

As such, keeping in line with positive wage growth is increasingly important as the market seeks to retain those in the sector.

Naomi Braisby, human resources director at Landbay, one of the Top Mortgage Employers this year, says, “We continue to look at the market and run benchmarking activities, at least twice a year, ensuring people are paid fairly for the work they do.” 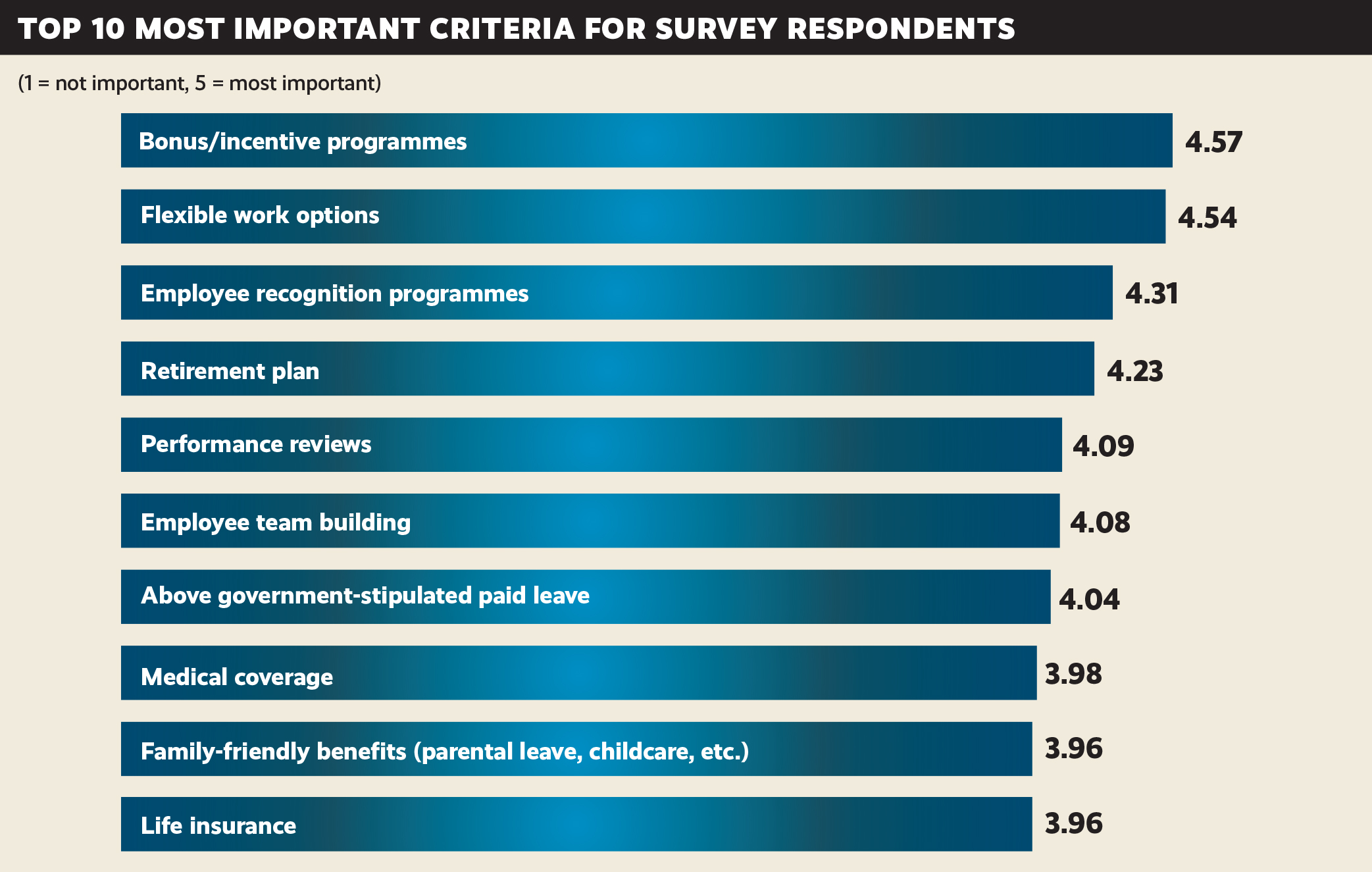 “We regularly review our brokers’ remuneration to ensure we provide a competitive industry package; as such, we are currently looking to introduce a new incentive scheme to recognise our overachieving brokers”
Gavin Richardson, Mortgages for Business

Mortgage Introducer asked the winners about their experiences regarding salary demands over the past 12 months.

Jonathan Sealey, chief executive of Hope Capital, outlines that he has seen a significant shift in the number of contractors applying for permanent roles.

“Our competitive package is benchmarked against industry leaders, and we continuously adapt to the market to offer a fair and competitive salary, which is vital for retaining and attracting top talent,” he says.

Sealey adds that the business has invested in a comprehensive benefits package and has plans to extend this further in the future.

Rob Brooks of Consegna Recruitment admits that those in the industry know they can demand more, and he explains, “Salary demands have certainly increased and in some instances have been pretty, pretty extraordinary. So essentially if they know they are wanted, they’ll put quite high salary demands out there.”

At Landbay, Braisby explains they have increased salaries across the board over the past year. “This is due to a number of factors, not just the increase in the cost of living, but also the employment market is very active, with many good quality individuals that can command a higher rate,” she adds.

In addition to the salary reviews and benchmarking activities, Braisby reveals that this year, Landbay awarded everyone an additional £693 to cover the increased energy bill costs, as calculated by regulator Ofgem.

“We felt this was the right thing to do in a bid to support all our team through the cost-of-living crisis,” she says.

Jenny Dolman-Thomas, human resources manager at HL Partnership, explains that over the past 12 months given the lingering effects of the pandemic and the cost-of-living crisis, she has seen an increase in salaries, along with employees seeking pay rises.

“Whilst COVID has resulted in the Great Resignation as people pursue their dreams, we are in a fortunate position as we are still growing the business,” she says.

Dolman-Thomas outlines that recruitment is still an important area for HL Partnerships. “Salaries remain very competitive, so getting the right person is now more important than ever,” she adds.

Gavin Richardson, managing director of Mortgages for Business, says at his company, salaries increased in January 2022 as part of its annual pay review, alongside the allocation of bonuses and a few share options.

“We have had minimal pay rise requests from our team of 50+ staff since then,” he adds.

Employees of Mortgages for Business work one day a week from home. Richardson outlined how last year, the company proactively paid a winter fuel allowance to help all staff with their increased fuel costs.

“We are reviewing a similar scheme this year to help with the energy cost increase due in October. I believe these additional benefits provide tangible support to our staff beyond the salary we offer,” Richardson says.

Growth in average UK total pay (including bonuses) was 5.1%, and growth in regular pay (excluding bonuses) was 4.7% in April to June 2022, according to the Office for National Statistics (ONS). However, the finance and business services sector was higher at 6.3%, partly because of strong bonus payments.

“We regularly review our brokers’ remuneration to ensure we provide a competitive industry package; as such we are currently looking to introduce a new incentive scheme to recognise our overachieving brokers,” says Richardson.

The cost-of-living crisis is only expected to worsen, with the energy price cap predicted to rise once more in October (a projected hike of £830) and again in January 2023, so future wage demands are expected to continue in an upward trajectory.

However, real wages are falling. Data published by the ONS shows a drop of approximately 3% between October 2021 and June 2022 – the highest in over two decades.

The economy also contracted by 0.1% in the second quarter of the year, according to data from ONS. As a result, the Bank of England has forecast the UK will fall into recession towards the end of the year as energy costs soar.

“I think wages will steadily rise in general, but some industries may drop depending on how much of a recession we fall into,” says Dolman-Thomas.

“Despite the financial challenges associated with the cost-of-living crisis, our market remains strong, and we are continuing to see unceasing growth,” adds Sealey.

With economic turmoil on the horizon, Ryan Venner of Premier Jobs UK feels there is a way for the mortgage industry to weather the recruitment storm. “I see growth in employed advisor recruitment, so that there’ll be more employers offering salaried roles to try and recruit advisors.”

He says, “I see companies that are willing to recruit trainees doing well and growing their teams considerably, because there’s a big pool of candidates out there of individuals who want to get into the industry.”

“Despite the financial challenges associated with the cost-of-living crisis, our market remains strong, and we are continuing to see unceasing growth”
Jonathan Sealey, Hope Capital

The future is impossible to predict. However, Braisby outlines that Landbay is still planning to continue growing its team.

“I am expecting exceptional uncertainty, we will continue to closely monitor the economic outlook and adapt our offering based on reflecting expectations and an adaptive market that will align to our projected and ambitious growth plans,” Sealey says.

Despite the expected increases to annual earnings, UK inflation is at a four-decade high once again as the Consumer Prices Index (CPI) rose to 10.1% in July, up from 9.4% in June.

The Bank of England has revealed that it believes CPI inflation is expected to rise further in the remainder of 2022, although the bank thinks it will begin to drop in 2023.

Richardson believes it would be short-sighted to solve a short-term problem by increasing everyone’s salary in line with current inflation rates.

“Most businesses would not survive if they increased wage bills by 11% to match the spiralling inflation costs. What would happen when inflation falls back to government target levels? Do businesses initiate 8%-9% pay cuts and expect staff to stay?” asks Richardson.

As such, he expects more creative solutions, and total remuneration, including benefits and rewards, should be considered.

Richardson goes on to explain that a higher salary does not always compensate for a better employer. He explains that providing a more attractive environment for staff, greater flexibility, better working conditions, and clear career progression are often just as, if not more, appealing to employees.

The process of finding and recognising the best employers in the UK mortgage industry took place over two phases. First, Mortgage Introducer invited organisations to submit their details through a survey, where they were able to describe their offerings and business practices. Then, employees from the nominated companies were asked to fill out their own anonymous survey to rate their satisfaction with a number of key factors such as compensation, employee development, culture, and work environment.

Each company was required to meet a minimum number of employee responses based on overall size. Companies that achieved a satisfaction rating of 80% or greater were included in the Top Mortgage Employers list.