Is competing on rate no longer an option?

Australia approached zero like an out-of-control spender. A cash rate cut here, a cut there, and everyone benefited (if you ignore first home buyers, savers and many others, of course). In August the RBA announced another cut, and giddy brokers prepared themselves for another housing boom, but like an obstinate ATM the banks simply didn’t cough up, refusing to pass on the full 25bp cut. Then the anger began.

This debate wasn’t just confined to the industry. Prime Minister Malcolm Turnbull summoned the banks to explain themselves – as they will now have to do every year – while FBAA CEO Peter White backed Labor’s royal commission into the banks, accusing banks of “filling their pockets”.

Yet many were less surprised. Then-RBA governor Glenn Stevens didn’t expect the banks to pass on the cut, as he later admitted to the Australian Financial Review: “We don’t have enough precision to say they will do X. We just felt probably if we cut 25[bp], they won’t – that won’t all come through.”

The debate the industry should have had wasn’t about why; it was about when. Bank interest rates are determined by the cost of funding: the cash rate plus the cost of doing business plus the costs of raising funds in wholesale markets, which have risen in recent months, explains Michael Witts, treasurer of ING DIRECT. “Even if the Reserve Bank had done absolutely nothing, the funding costs
of the banks raising five-year money have increased by 40bp,” Witts says.

At 1.5%, the cash rate is low and not likely to go up again in the foreseeable future; in fact November could see another cut, according to CoreLogic’s head of research, Tim Lawless. Whether you look domestically or internationally, at the Australian economy or at the US Federal Reserve, the arguments against the RBA bringing the cash rate down to the low levels of other developed economies are few and far between. That’s what APRA recognised in its Corporate Plan 2016–20, observing “below-average growth for the global economy and expectations of low interest rates ... negative interest rates are now featured across a growing share of government debt around the world”.

Negative interest rates remain an unlikely scenario in Australia, but a cash rate of close to 0% is becoming a real possibility. What’s less clear is how lending will fare in an environment in which rates cannot fall much further, or what a prolonged period of ultralow rates would do to the housing market and wider economy. MPA consulted bank leaders, industry experts and academics to see how brokers would fare in a 0% world. 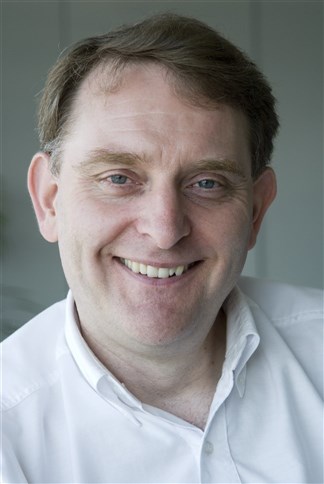 “There is a theoretical lower limit below which you’ll never see a mortgage product priced. We’re getting close to that; I reckon it’s 3.5–3.6%” - Martin North, Digital Finance Analytics

What zero looks like
Ultra-low rates have a number of immediate effects, many of which we’re already seeing. Falling rates bring down mortgage repayments and thus make them more affordable; Adelaide Bank/REIA’s Housing Affordability Report for the June quarter found housing affordability was at its highest level since 2009, with repayments requiring 29.4% of household income. But at the same time, first home buyers lose out, as they find it more difficult to save for a deposit amid rising prices; FHBs now comprise just 14.3% of the owner-occupier market.

Lower repayments give borrowers more disposable income to put into the economy, but it appears this income is actually being used to repay loans faster. Mortgage Choice’s fullyear financial results found that the average loan life of existing loans has come down from five years in 2011 to just 3.9 years today.

“When you see a continual cycle of cuts in the cash rate as we have, people don’t necessarily reduce their rates by a corresponding amount,” said Mortgage Choice CEO John Flavell. “Accordingly, you see the rate of amortisation accelerate a little ... We’re alert in relation to loan life, but we’re not alarmed.”

If the cash rate actually fell to 0% it could mean chaos for the banks. A recent report by Credit Suisse predicted it would take an average of 9% off major bank earnings; around $2.7bn, based on their 2016 forecasts. Earnings from standard variable mortgages would fall 41%, and the consequences for brokers could be extreme: head bankers looking to cut costs would quickly round on the sponsorships and hospitality associated with the broker channel.

Zero per cent is a nightmare scenario, but arguably just as scary is the realisation that lowering rates won’t necessarily produce the outcomes the RBA wants it to. Clearly Sydney and Melbourne’s housing markets have benefited from recent rate cuts, but results for the rest of the country and indeed the economy have been mixed. Professor Elisabetta Magnani is the head of the economics department at Macquarie University and a sceptic regarding ultra-low interest rates. “Interest rates are already very low, to the point where the nominal interest rates cannot really be reduced any further … the RBA is losing one important tool: to manipulate and boost the economy,” she says.

Magnani believes low interest rates only benefit certain groups, a point also made by Digital Finance Analytics principal Martin North. “I can think of very few logical reasons for why you would want to head towards 0% interest rates … there are very few winners in a low interest rate environment,” North says. Looking at economies in Europe and Japan, where 0% rates are a reality, he argues that “0% rates have not worked … the case for 0% intervention I don’t think has been made”.

Further interest rate cuts may continue to drive house prices, but they’re not going to bring first home buyers back into play, says CoreLogic analyst Cameron Kusher. “Lower interest rates are unlikely to draw out buyers who can’t currently afford to purchase; what they do potentially do is encourage those people that weren’t previously thinking of buying to purchase a home.”

The commercial property space has its own issues to contend with, CBRE’s head of research, Stephen Nabb, told MPA. “If you look at the response of things like business confidence and capital expenditure to the RBA cuts we’ve seen, it’s been fairly muted.”

With lots of capacity in the business sector there’s no need to expand, Nabb says, and the situation is not helped by cautious businesses. “We’re caught in a situation where no one wants to borrow more than their income growth, and income growth is fairly low across the country, because of things like commodity prices.”

Crucially, interest rate cuts don’t reduce all the costs associated with lending. Labour costs, from brokers, branches and credit teams, don’t go down to zero, which has led DFA boss North to the conclusion that “it’s almost impossible for banks to take their rates lower than they are … there is a theoretical lower limit below which you’ll never see a mortgage product priced. We’re getting close to that; I reckon it’s 3.5–3.6%. That’s pretty much as low as you’re going to see in the short to medium term”.


“Some people are going to be rate focused, and that’s always going to be the case, and there are others that have a longerterm relationship with an organisation” - Simone Tilley, ANZ Bank


How lending will need to change
If we really are approaching rock bottom for interest rates, then how can banks compete? It’s unlikely that borrowers will immediately forget about rates.

“There’s obviously markets that are totally price-driven,” Steve Kane, head of broker at NAB, told MPA. “They’re your online-type situation where they’re purely price-driven; they’re not looking for features.” Kane was talking about NAB’s new product range, which includes a basic low-rate produc for these types of borrowers.

However, banks are trying to move the conversation away from rate. Speaking to MPA, Simone Tilley, head of retail broker distribution at ANZ, noted that “interest rates are important, but fortunately for ANZ it’s not the only area we wanted to excel in”. Instead she said they were “looking at things through a more holistic lens” and looking at the type of customers they want to attract. “Some people are going to be rate-focused, and that’s always going to be the case, and there are others that have a longer-term relationship with an organisation,” Tilley said.

Traditionally, non-major banks have competed most on rate, yet they are even less able than the majors to cut costs to compete in a low interest rate environment. MPA asked ING DIRECT’s new CEO, Uday Sareen, how he planned to respond. “Rate is one key component where we do have a competitive advantage,” Sareen replied, referencing the bank’s lack of branches. He believes, however, that the real game changer will be the bank’s LendFast project, which aims to reduce turnaround times by one third. “That whole element of being able to turn it around quickly is as important as the rate … that is a big driver for us,” he said. Nevertheless he does believe there is further room to cut rates from their current level.

“That whole element of being able to turn it around quickly is as important as the rate … that is a big driver for us” - Uday Sareen, ING DIRECT

According to DFA’s North, improved bank service will be one area of competition; another will be innovation and packaging. Packaged products are already popular and are consistently named Product of the Year in MPA’s Brokers on Banks survey (currently Suncorp Home Package Plus), but North is most interested in the possibilities for portable mortgages, where a borrower can take a research that more and more households are wanting to do more on the mobile device.”

The major banks are already moving fast to provide phone payments, while the first fully electronic mortgage was signed and delivered with Bank Australia in early September. Yet having the opportunity to innovate and actually doing something in a different way to their competitors are two very different things for Australian banks. North believes the banks will continue to march as a herd: “I think there is very little evidence in Australia of any differentiation or innovation across the banks, and that’s because effectively they’re still making pretty decent margins on their current proposition.” 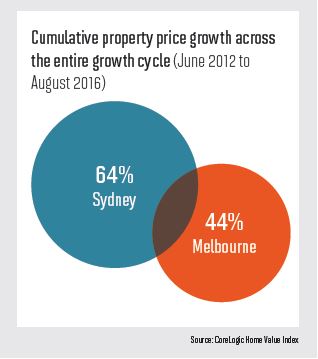 Failing substantial innovation, therefore, it seems likely that lenders will expect brokers to also become more efficient in 2017 and could be put in a position of strength by ASIC’s remuneration review, which reports in December. That’s not to say the broker proposition will be diminished: Mortgage Choice CEO Flavell sees complexity around products, pricing and credit policy as “wonderful opportunity” for brokers. What it could mean is that efficiency – rather than diversification or referrals – sets the agenda for broking as it enters the ultra-low interest rates era.