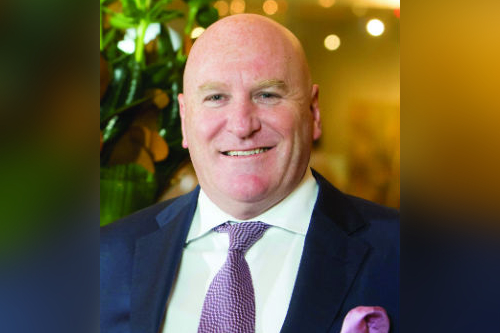 In a significant event for the industry, brokers heard directly from major banks on the turnaround time differential through the third-party channel in a panel discussion hosted by Connective on Tuesday. Senior leaders from the Commonwealth Bank of Australia, ANZ, Westpac, NAB, Macquarie, ING and Connective Essentials joined Connective CEO and director Glenn Lees and executive director Mark Haron to unpack what they were doing to support brokers in addressing the issue of blown-out service levels.

While some lenders were able to showcase their success in delivering consistent and quick SLAs, others had a different story to tell, each representative explaining in detail why applications submitted through the broker channel had experienced extended delays.

According to Haron, the panel was very well received by brokers.

“It’s not going to be fixed overnight and some of the lenders with the worst issues are definitely knuckling down and looking to fix that,” he told MPA. “We’re hearing it’s a serious issue that lenders are approaching from a very senior level at the bank.

“Clearly turnaround times are also one area where banks need to compete for customers’ business as well. They’re all looking to try and address it as quickly as they can.

“It’s also happening at a time when we’ve got a significant boom in home loan lending, and particularly home loan lending being driven by mortgage brokers - which is great for our industry, but it is also quite stressful.”

ANZ general manager of retail broker Simone Tilley said ANZ’s processing team in India had been greatly impacted by the pandemic and were operating at diminished capacity. When coupled with the fact that most of the bank’s direct applications were “auto-decisioned” and all of its applications through the third-party network were assessed manually, this created significant bottlenecks in the process, she said.

Read more: ANZ explains why processing times have blown out through the broker channel

According to CBA general manager of third-party Adam Croucher, the Commonwealth Bank’s application volumes almost doubled in the second half of 2020 – something unanticipated during a once in a century event. An increase in rework due to a number of policy changes that were brought in in response to the COVID-19 lockdown in Victoria, as well as the raft of government stimulus introduced, added to this.

“Brokers and assessors were really doing their best to try and learn and adapt to these changes in a new environment while inevitably working from home,” he said. “As a result of a combination of all those factors, a lot of pressure was placed on our operations.”

To address these challenges, CBA set up a rapid response program that included the simplification to policy and process wherever possible. The bank invested thousands of overtime hours from its operation team, branch lenders and third-party sales team while onboarding more than 400 new staff.

Triandos explained the bank had made some significant changes, some of which were part of an ongoing review into its end-to-end process for brokers.

Sayers said he was “driving credit assessors to pick up the phone a lot more to brokers.”

“We’re also doing a lot of work around process through an initiative called phone and fix,” he said. “Phone and fix is about not reworking a deal, but getting the deal through to unconditional approval.”

Westpac state general manager NSW and ACT Mortgage Broker Distribution Sarah Willsallen said while the bank had made many improvements in its process, it happened as the market continued to grow, “so you haven’t necessarily seen all of the input and benefit from it even though we, from an application capacity perspective, can see it.”

Westpac has completed an extensive review of its policies and processes and identified dozens of “one-percenters” that has enabled it to simplify things moving forward.

Having worked on its mortgage origination systems for a number of years now, Willsallen said “our challenge is you have to live in your house while you renovate it.” Despite this challenge, Westpac celebrated its first settlement through its new system in September last year.

Haron said Connective received a flood of comments and questions from brokers throughout the 90-minute webinar, which had more than 1,000 in attendance.

“We had hundreds and hundreds of comments and questions coming through,” he said. “Many highlighting the challenges they are having with some lenders and also others highlighting some of the lenders that are getting it right, which is also great to see.

“From a Connective point of view, the key thing for us is to continue to facilitate conversation between lenders and brokers and that’s a key action we’ve been taking for some time and will continue to take.

“Unfortunately, there isn’t a magic switch the lenders can press to fix it overnight. But one of the key things we wanted to highlight is that some lenders are getting it right and that brokers understand and differentiate between who is.”

Connective also showcased its lender approval time dashboard as part of the discussion. The platform enables brokers to view the median time to unconditional approval for all lenders on its panel based on up-to-date data populated every night.