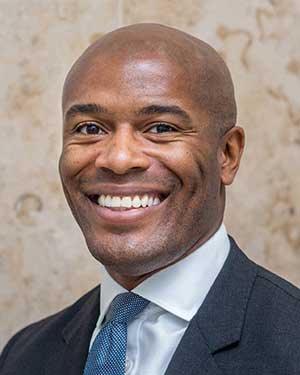 Dominic Scott, managing director at Alexander Hall, started his career working for schools and charities which supported children who were not catered for by the mainstream school system. He then joined Foxtons in 2004, where he cultivated a career successfully managing a variety of teams and operational projects before becoming the youngest director within the Foxtons group in 2012. Three years later, he was promoted to managing director of Alexander Hall, where he is now directly responsible for running all areas of a directly authorized regulated business. Scott is also a member of the Diversity and Inclusion Finance Forum, an adviser and monthly panel host at BYP Network, and co-founder and executive chair of the Afro Foxtons Employee Network, which actively works to help its members share stories, develop skills, and become stronger candidates for future opportunities. He has previously won Best Business Leader at the British Mortgage Awards and has overseen Alexander Hall winning an array of awards including Best Mortgage Broker at the What Mortgage awards and Best Mortgage Broker for Customer Service at the Personal Finance awards.