It all started with cupcakes: One broker’s journey to success

He now runs three franchises and has settled over $1.7bn in home loans to date

From a modest shop front, Mortgage Choice Miami has evolved to become a multi-million-dollar enterprise that has settled over $1.7bn in home loans to date. And it all began with a leisure drive.

In 2006, right about the time he realised he wanted to become his own boss and start a franchise, Mortgage Choice Miami director James Hasselle saw a shop displaying a ‘for lease’ sign while driving in the Gold Coast. He immediately knew he found the right place to start his franchise journey.

Hasselle’s customer, a Westfield leasing manager, helped him negotiate a six-month rent-free agreement for the shop. Hasselle then borrowed some money, did up the shop and launched Mortgage Choice Miami.

In the beginning, Hasselle was a sole operator, outsourcing loan processing tasks to loan writers in Mortgage Choice Buderim so he could focus on serving his customers and growing his business. But as the business began to flourish, Hasselle knew he needed to bring people on board if he was serious about taking things to the next level. He hired two loan writers in the same year.

Quirky strategy
Hasselle attributes much of his brokerage’s success in its first year to local marketing. “I’m a big believer in pounding the pavement and meeting customers face-to-face. It might sound obvious, but people often underestimate the value of getting out there, shaking hands, establishing genuine connections with locals and business owners,” Hasselle said in a statement.

To promote his business as it started out, Hasselle employed a “quirky local marketing strategy”, which he considered “relatively low cost but high impact”. The strategy involved Hasselle and his team popping cupcakes and business cards on a trolley and handing them out on Saturday mornings for about six months. They walked into every business within a two-kilometre radius of their office distributing the cupcakes and introducing themselves.

Hasselle’s hands-on approach to marketing and customer service produced 69% of his business. “I have established strong ongoing relationships with local real estate agents, accountants and lawyers who often refer their customers to my office,” he said.

“There’s a real value exchange with our business partners. We hold educational workshops, discussing how events in the lending environment could impact their businesses and their clients and I always get great feedback.”

Going for three
Hasselle soon opened his second shop, Mortgage Choice Burleigh Heads, which was perfectly positioned to assist locals as their options had been limited by the closure of several banks in the area.

In July 2017, Hasselle acquired his third franchise when he took over Mortgage Choice Palm Beach from a retiring broker. Under his leadership, the franchise doubled its revenue in the last two years.

With a team of eight across three offices, Hasselle attributes his business’ growth to a clearly defined loan process. Each team member is responsible for tasks he or she specialises in to ensure a finely tuned workflow that results in a better turn around and a seamless customer experience.

Thirteen years on from the founding of Mortgage Choice Miami, Hasselle’s team settled $20m-worth of home loans — their largest volume in the brokerage’s history.

“There’s nothing I find more rewarding than finding a solution for a customer who has been to a bank and left empty handed because the lender’s policy and criteria or appetite for that type of customer has changed,” Hasselle said. 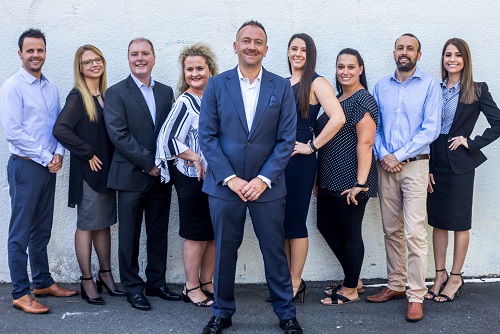