Why the cynics are wrong about Australia's housing market

Australia is at risk of contagion from a decline in house prices, says the Organisation for Economic Cooperation and Development, but Dr Andrew Wilson doesn’t agree. Here Domain’s chief economist, in conversation with MPA, calls out several flaws in the OECD’s methodology

Australia is at risk of contagion from a decline in house prices, says the Organisation for Economic Cooperation and Development, but Dr Andrew Wilson doesn’t agree. Here Domain’s chief economist, in conversation with MPA, calls out several flaws in the OECD’s methodology

We see these periodical reports, and the methodology really is flawed, comparing incomes with house price growth. We’ve been getting these types of reports for almost a decade or more, certainly since we’ve had strong growth in the Sydney market, and I’m quite amused by the repetitiveness of these reports, given nothing’s happened, really, yet we seem to be on the edge of some sort of catastrophe.

I don’t think they quite understand the dynamics of the housing market; really the epicentre of strong prices growth has clearly been the Sydney market, and most other markets have recorded benign at best prices growth since the start of the interest rate cycle in 2011. We’ve had a Perth housing market that’s been going backwards for nearly two years now and if we look at the underlying growth rate, Sydney has begun to flatten over the past year and most other markets are at 3%-4% a year.

Incomes have nothing to do with house price growth. The only relevance of an income is the repayment of a mortgage. I do an affordability measurement that looks at the proportion of income that the average home loan requires in repayments, and it’s actually falling and is below the 10-year average now.

The thing that separates Australia from other markets internationally is the very robust and rigid lending environment that we have. Banks are very risk averse in this country; even when the market’s rising they won’t take risks such as raising LVRs or easing income requirements for a loan. It’s that common sense around our housing markets that keeps us in these orderly correction and growth phases.

My concern at the moment is that we’re seeing increased interference in market dynamics from banks and regulators. I think regulators and policy makers have the capacity, with these market incursions, to cause disruptions. Banks really need to stick to what they do best and lend on these rigid conditions and let the market rise and fall as it will do naturally according to these local drivers.

Now we’re starting to see some banks in the business of picking winners in terms of where they’ll lend; units versus houses or investors versus first home buyers. I think this is fraught with danger and can create the very risks it’s supposed to offset. I hope regulators see the flaws in the OECD’s methodology, but I think there is a particular bent in our regulators to embrace the bubble theory. They’ve accepted this is a possibility, when the probability is very low.

Comparing prices to incomes: to me it really is an indictment on the research capacity of the people who produce these reports, and I think they should be called out for using this as some sort of benchmark. It’s the same when they look at overall levels of debt; they say Australian debt has risen to record levels, but this is nonsensical because obviously people have been able to borrow more with lower interest rates, but if you look at the balance value it’s improved because prices have risen.

We shouldn’t have macroeconomic policy that’s a product of high Sydney house prices and high numbers of Sydney investors. It’s a real concern that we’re a hostage to these policy outcomes.
SPILLOVERS, CONTAGION AND GLOBAL RISKS
The OECD’s biannual report on Australia has caused a stir after it warned there was a “non-negligible risk of a downturn” in the Australian housing market, caused by “spillovers, contagion and global risks”. The report looked at price to income ratios, as well as historical downturns in Australia and worldwide. 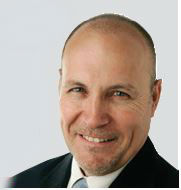 Dr Andrew Wilson is the chief economist for the Domain Group and one of Australia’s leading housing market experts. He holds a PhD and master’s by research in housing market economics, and has been appointed an advisor to the government funded Australian Urban Research Infrastructure Network.