“Over the past 12 months, the volume of first homebuyer owner-occupier loans has increased by 11.4%. There are a few reasons behind this welcome trend. Several state governments, including NSW and Victoria, have enhanced their incentives giving the first homebuyer segment a new lease of life," Garrett said in a statement.

According to Garrett, many units from the record number of newly built apartments are particularly suitable for first homebuyers. The slowdown in dwelling price growth in the past year and ongoing low interest rates also work favourably for those looking to enter the market for the first time.

“In contrast, the value of housing investor loans hit a five-year low during June and has declined by 22.4% since its peak at the beginning of last year,” Garrett said.

“With our population hitting 25 million, any obstacles to housing supply must be avoided so that the industry can meet our future housing needs,” Garrett added. 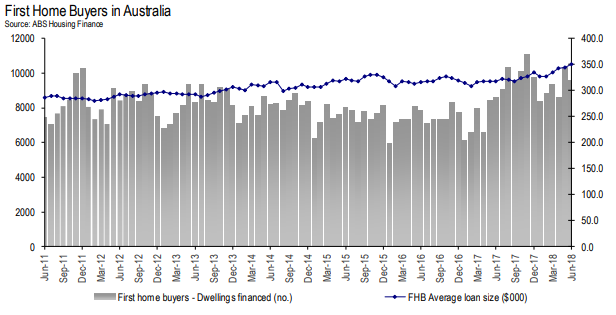