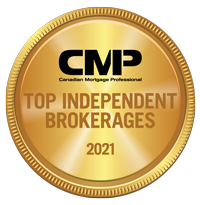 Independence. Even just saying the word feels good. It reminds us that the potential to live a life free of interference from a controlling entity – a micromanaging boss, a distant corporate overlord, a mean older sister – is real. But as intoxicating as the thought of independence is, putting it into practice can be another story, particularly in the mortgage broker channel, where the gravity created by the country’s largest networks shapes how so much of Canada’s mortgage business is done. Competing with the major networks for market share can be a Sisyphean task for independent brokers – a ceaseless effort to push their brand to the top of Mount Mortgage.

But the benefits speak for themselves. In addition to the satisfaction that comes from working free of network influence, operating as an indie can open the door to unique marketing strategies, new tech and a company culture that reflects a broker’s own philosophy. In a successful independent brokerage, these components combine to create a special variety of loyalty among clients – which is, after all, what the mortgage business is all about.

For several of this year’s Top Independent Brokerages, eschewing the networks is all about freedom. “Being independent allows us to truly create our own company,” says Jesse Abrams, co-founder and CEO of Homewise Solutions. “From strategy to acquisition, we have the autonomy to develop every facet of our business, including our brand and client experience. We are also not beholden to anyone but ourselves, our lender partners and our customers, which enables us to hire like-minded team members who are focused on growth and not settling for the status quo.”

“We can make decisions quickly, without a sign-off from a mothership,” Weintraub says, citing as an example Mortgage Outlet’s decision to not charge new agents desk or franchise fees, demand five-year commitments, or charge penalties if an agent decides to leave the company.

“Another strategy is transparency,” he says. “We share ‘secret’ lender commissions, which can’t always be done as a franchise.”

Walking his own path has had intangible benefits for Tim Hurlbut of TNT Mortgage, another of this year’s Top Independent Brokerages. In addition to being able to advertise TNT’s services to the public in a way that allows him to be true to himself, Hurlbut says going indie has done wonders for his health.

“With no boss/manager/overlord, my blood pressure has dropped 60 points,” he says. “There is a pep in my step, and happiness abounds.”

Of course, autonomy doesn’t carry much value if it doesn’t result in a steady stream of funded deals. Crystal Foti of four-time Top Independent Brokerage Canadian Northwest Mortgage Corporation says independent brokers have the latitude to create customized solutions for clients who need them.

“Being independent allows you to tailor your services, even in situations that require a policy exception,” says Foti, who’s known to her clients as The Mortgage Chick. “You don’t need to ask permission to make that exception. You have maximum latitude to exercise your creative and analytical skills, make the decision on the fly, and be much more responsive to clients’ needs.”

It’s a perspective Hurlbut shares. “Indies get to control the full customer experience from beginning to end,” he says. “The flexibility of independence allows us to create an experience for the client, not just another banking transaction.”

Independent brokerages can also benefit those on the other side of the desk, generating loyalty among agents in an industry known for its constant churn. Weintraub says Mortgage Outlet has been free to create its own corporate culture, which he describes as “conversational, confident, fun and educational,” rather than imposing one decided on at the franchise level.

“We shout ‘Go MO!’ every time we can,” he says. “This doesn’t necessarily align with a large corporation that has formal language and tone. We also have a clear strategy and long-term vision for MO, and it doesn’t necessarily match that of a big brand.”

Jerome Trail, principal at two-time Top Independent Brokerage The Mortgage Trail, says the freedom from a large head office gives independent brokerages the ability operate without the “politics and redundancies” often associated with corporate structures. But he insists that even the most attractive corporate culture won’t be enough for agents to hang their hat on long-term.

“Corporate culture and training do not determine if you have the get-up-and-go,” he says. “You either have it or you don’t. The ones who have it do well in this business. The others ... not so much.”

Trail also notes that independents have one distinct advantage over their network counterparts in a key area: compensation.

“We don’t have to worry about covering the overhead of any organization other than our own,” he says. “For an agent, the same choice can be made. Do they want to help cover the overhead of the broker and the head office?”

According to Foti, the financial benefits of independence don’t end there. Working for an indie allows agents to keep better track of their commissions and have greater transparency into a brokerage’s overall operations, she says, while running one provides owners the opportunity to “build an asset that can be sold or leveraged in the future, which an agent can’t do when part of a network.”

Making a go of it

Surviving as an independent business of any kind almost always involves chiselling away market share from established national brands – a feat that’s every bit as difficult as it sounds. George Hugh, president and CEO of four-time Top Independent Brokerage Taurus Mortgage Capital, says the key to maintaining a successful independent brokerage is to present clients with a value proposition that separates you from your competitors.

“I find that people just want to go out and sell to make money,” he says. “You really need to spend the time to develop your own brand and offering before you start selling. To compete, you must have a differentiating strategy.”

At Taurus, for example, the main focus is building long-term wealth for clients. Having a specific value offering, Hugh says, allows him to concentrate on “making my client aware of why they came to me for a mortgage. They come to me for my experience, not because I can get them a mortgage.”

Proving the legitimacy of your business model to lenders can also be quite challenging, says Inam Qureshi, founder of three-time Top Independent Brokerage Syndicate Lending Corporation.

“Initially, we faced several obstacles trying to sign up with various lenders,” he says. “But over the years, we have been able to prove ourselves. We are extremely thankful to our lending partners who have given us this opportunity to stand on our own feet today.”

Because independent brokerages are built from the ground up, Hurlbut says new relationships play a critical role in their survival.

“Every new lender you sign up, team member you hire and customer you service is integral to growth and learning, so ensuring that you develop strong relationships with your lenders right off the bat is paramount,” he says, encouraging brokers looking to follow the independent path to be patient.

Hugh agrees. “As an independent, building your business on your own takes more time,” he says. “It has taken me a little longer to build, but it really gave me a chance to better understand where I can gain efficiencies, better service my clients, etc.”

Independence has also provided Hugh with the opportunity to continue growing at a pace he’s comfortable with.

“I have been able to use 100% of my revenues to invest back into my company and people,” he says. “Being an independent has allowed me to develop a differentiating strategy that has put me in a position to grow going forward.”

CMP’s annual Top Independent Brokerages list identifies the leading companies in Canada’s thriving independent brokerage community, which makes up approximately 5% of the country’s overall mortgage market. Brokerages were invited to submit online nominations addressing key areas such as volume, broker statistics, challenges faced, the steps taken to overcome obstacles and how they stand out from the competition. All submissions were verified to ensure the brokerages nominated were not members of a network or cluster group and had been in business for at least one year.

CMP’s editorial and research team then carefully reviewed each nomination, distilling the large number received to a shortlist of 20 outstanding independent brokerages. 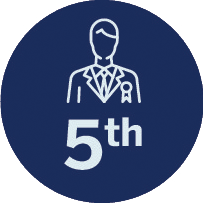 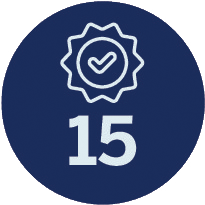 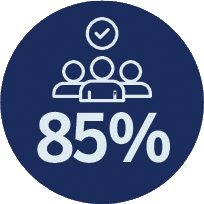 of this year’s winners have been independent from the beginning