The rise and fall of the Aussie high rise: Part 2

Spurned by the banks, developers are turning to a mix of non-banks, private funders and overseas players

Spurned by the banks, developers are turning to a mix of non-banks, private funders and overseas players

This special report is part of a two-part series. Click here to read about the imminent decline of apartment building and the role of regulation

House prices can fall and state economies can stagnate but one thing remains constant: Australia’s population is growing. Sydney gains 1656 extra inhabitants every week, according to 2016’s Census, approaching 5m; Melbourne is not far behind at 4.4m. These Australians will need a place to live and that new housing needs to be paid for. Where will the developers of the future get funding?

Developers can no longer rely on the banks, thanks to a mix of regulatory pressure and rapid portfolio growth discussed in our first article. Yet according to Sydney-based commercial broker George Giovas (pictured), who runs Axius Partners, banks should remain the first port of call. “They’ve got larger balance sheets that when they want to use they can use; they’ve got better pricing capacity and a risk and support mechanism behind those loans.” 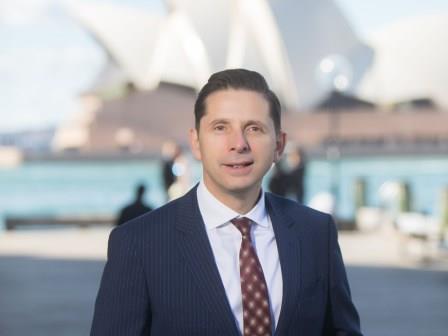 To qualify for bank finance, developers will need years of experience, excellent pre-sales and a lot of money. Small developers are caught between a rock and a hard place, explains broker Kevin Wheatley, because banks will only lend up to 55% of the value of the project, leaving the developer to come up with the rest.

From banks to non-banks

In response, Wheatley has taken clients elsewhere, he explains: “50% of our construction funding now is coming from non-bank and private investors.”

Australia is home to dozens of non-banks, which are lenders that raise money from banks and capital markets rather than deposits. This means non-banks can be more flexible with conditions and LVRs, which they balance with higher interest rates. Non-banks are only beginning to come to public attention: as part of the 2017 Federal Budget, treasurer Scott Morrison announced that APRA would be given increased power to regulate non-banks.

Marwan Rahme, of brokerage Kanebridge Capital, told MPA he’d just wrapped up a 9-figure apartment building project along the planned route of Sydney’s northwest rail line, which is currently under construction. However many brokers caution that whilst non-banks are willing to lend, they’re often unable to individually lend the huge sums required. Many developers need to look further afield.

The rise of private funders

In November 2014, two experienced financiers, Dominic Lambrinos and Joe Morello, came together to take on the banks.

Their company, Chifley Securities, started with a not insubstantial $480m, drawn from wealthy individuals and institutional investors; by 2017 they were lending three times that amount.  They’ve now taken the model a step further; rather than simply lend on their own according, they’ve brought together 122 private funders together to finance the construction projects the banks have abandoned.

Private funders have always been a feature of the lending landscape, Lambrinos told MPA; although up to twice as expensive, private funders can offer a quicker and less arduous process than the banks. Chifley’s rise has nevertheless been sharp: they’re now receiving 40 enquiries per week, up from 15 a few years ago. Yet, in a sign of the difficulties facing developers, just two to three of these projects actually get financed. 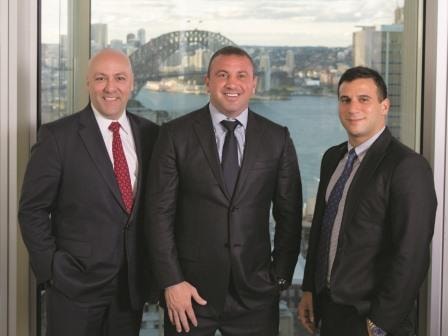 Syndication is important for private funding to work, explains Lambrinos (pictured, on left). “There’s one [project] in Melbourne that we’re doing for $250m. That’s a lot of money privately and there are only half a dozen people in this country that can do that out of the 122 person list; individually they can’t do it.” That deal ended up being shared between four funders, in addition to $100m from the developer themselves.

Lambrinos and Morello (pictured, right) aren’t the only ones to see the opportunities in private funding: a number of commercial brokers are looking to become more than middlemen. Sydney broker Wheatley has long been running a managed investment scheme and now has a mortgage warehouse “we lend out a lot of our own money and the future for us is to expand our funds that we can lend out via our mortgage warehouse.”

The hunger of developers is such that, increasingly, they are being forced to look beyond Australia’s borders.

One of Wheatley’s biggest clients is a “leading figure from a royal family in the Middle East”; he’s also seeing increasing funding from Hong Kong and Singapore. 14 of Chifley’s 122-strong lender panel are foreign funders with offices in Australia, ranging from US hedge funds to London financiers and Malaysian public companies.

Foreign funders present a number of challenges; some brokers found them difficult to deal with, whilst deals can be undermined by currency exchange fluctuations. However, unlike Australian banks which are shackled by APRA, foreign lenders have a deeper appetite. Whilst banks can lend up to 55-65% of projects, American and Asian firms can go up to 80%. Sydney broker Giovas has just wrapped up an $85m deal with an Asian funder: he had secured bank approval with lower rates but the funder’s terms were so attractive that “it was more advantageous for my client to go to a private equity firm.”

Clearly, the days where only Australian banks funded Australian apartments are over. APRA has been determined to increase bank resilience to economic collapse, arguing that their depositors, who are everyday Australians, must be protected. The funding void APRA has created has been filled by – and the profits of development will flow to - highly wealthy individuals and foreign institutions. Everyday Australians could end up missing out.