The Government has introduced harsher penalties for employers who fail to comply with the Fair Work Act and keep wage records in the Senate earlier in September. Under this Bill, employers can face penalties by up to 10 times for a new category of ‘serious contraventions’.

Senior Employment Relations Adviser from Employsure Andrew Spiteri says “the newly introduced Bill shakes things up for all employers large and small.”
So, what are the changes?

“The amendments are intended to deter the small minority of employers who deliberately fail to keep proper employment records, as part of the systemic underpayment of workers and cover-up of underpayments.”

“However, if any employer does not keep or provide accurate payslips and records, and an employee makes an underpayment claim, the onus is on the employer to prove they have paid the employee correctly.”

The Bill targets and explicitly prohibits ‘cash-back’ arrangements, such as those uncovered during the 7-Eleven investigation. These arrangements typically involve employers requesting their employees to pay back a portion of their salary in unrecorded cash payments, as a means of disguising employee underpayments.

“Asking an employee for a ‘cash-back’ payment under duress, coercion, as requirement of their employment, or with the purpose of undercutting their minimum entitlements is explicitly disallowed.”

The Bill provides the FWO with new investigative and information-gathering powers, which means the FWO will be able to issue a person with an ‘FWO Notice’ if the FWO reasonably believes that the person has information or documents relevant to an investigation. The FWO Notice may require the person to give information, produce documents or attend before the FWO to answer questions (with legal representation if the person so wishes).

“The FWO has been particularly active in recent years in clamping down on franchise non-compliance with Award conditions” Spiteri says. For example, in a recent FWO prosecution, the Federal Circuit Court awarded a record penalty of over $400,000, together with orders for back-payment of wages, against the operator of a 7-Eleven store in Brisbane.

These new provisions in the Bill are aimed at franchisor/franchisee and holding company/subsidiary arrangements which ‘operate on a business model based on underpaying workers. Spiteri says: “it’s fair to assume that not all franchisors are intentionally non-compliant - some have either been blind to the problem or not taken sufficient action to ensure their network comply once it was brought to their attention.”

From 27 October 2017, Spiteri says the Bill has important implications for franchisors in particular: “Franchisors will be exposed to legal liability and penalties where they could reasonably be expected to have known of the non-compliance. Practically speaking, it means a franchisor has increased responsibility to demonstrate they have taken ‘reasonable steps’ to prevent a breach by their franchisees.”

But franchisees aren’t off the hook either: “with the entire franchise sector under the spotlight, the FWO won’t overlook the legal obligations of a franchisee. The increased penalties magnify the impact on franchisees and validate that they are still liable for their workplace practices.”

Further, Spiteri explains the wider implications: “beyond the franchise sector, this Bill emphasises the importance that all employers irrespective of size or industry, are responsible for their obligations under the Fair Work Act and for the impact of the economic decisions that they make.” 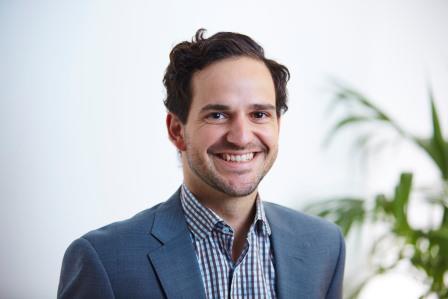