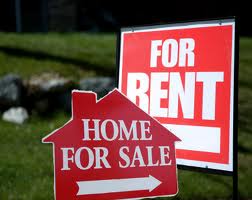 One of every four (26%) single family tenant plans to stay in place five years or more, compared to one out of five apartment dwellers (22%), according to a new national survey of renters by ORC International for Premier Property Management.  Founded in 1938, ORC International is a leading global market research firm and since 2007 has conducted the CNN|ORC International poll.

“With the emergence of the single family rental option, American families have a new housing choice that brings them the aspects of associated with owning their own homes important to families such as living space, privacy, safe neighborhoods and the sense of community— without the cost and risks of homeownership.  Single family rentals can be found in virtually every community today and more and more families are choosing single family rentals either as a temporary stop on the road to becoming homeowners or as a permanent solution to their housing needs,” said Chris Clothier, director of sales & marketing and partner of Premier Property Management.

Over half, 52 percent, of renters, including 60 percent of single family renters and 44 percent of apartment dwellers, said they anticipate becoming homeowners in the next five years.  Families with three or more members (64%) and children under 13 (69%) were more likely to become homeowners than the 43 percent who don’t plan to become owners.

Clothier said near term interest in becoming homeowners among single family tenants reflects the new roles single family rentals are fulfilling as a stepping stone to homeownership for first-time buyers and as a sanctuary for large numbers of families displaced by foreclosures but who plan to buy again when they can afford to do so.

Despite reports that difficulties getting financing are keeping many U.S. renters from becoming homeowners, the survey found that the inability to get a mortgage ranks only third of among the reasons renters don’t plan to become homeowners. Among those who do not anticipate becoming homeowners (43 percent of all renters), 29 percent say they can’t get a mortgage.  More renters report that they don’t want to buy a home because they enjoy being renters (40%) or they simply don’t want to be homeowners (39%).

For more information on the survey, go to  http://www.memphisinvest.com/reports/national-renter-survey-2013