Matthew Inman is the Seattle-based writer, artist, and coder for a popular webcomic called The Oatmeal. Inman is also a content genius - a champion for creative people everywhere. 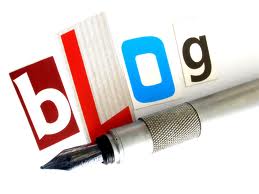 Matthew Inman is the Seattle-based writer, artist, and coder for a popular webcomic called The Oatmeal. Inman is also a content genius - a champion for creative people everywhere.

In the space of less than four years, Inman built The Oatmeal from an off-color website to a top-tier player in the surprisingly competitive industry of Internet humor. The Oatmeal received around 5 million unique visitors a month in 2010, a year after it was started, and currently generates around $500,000 a year from merchandise sales and advertising. Inman and has been featured in Time magazine on multiple occasions, has published several books, and regularly appears at conventions -- all thanks to the popularity of the simple, immature and absolutely hilarious comics he publishes via The Oatmeal.

How did Inman accomplish these feats, the likes of which bloggers, cartoonists, and content creators from across the Internet wish they could match? Matt Inman himself provided the answers at the 10th annual Gnomedex conference, an event that focuses on the power behind technology like the Internet and social media. In his talk, Inman stated that he used the following five guidelines as his content creation strategy.

Example from the Oatmeal: “Violence vs. Hair: An Analysis of Breaking Bad.”

The Oatmeal, like “Family Guy,” BuzzFeed, and Reddit, can largely attribute its success to the way it incorporates pop culture into its content. People enjoy reading about the things they enjoy doing in their off time; they will jump at the chance to combine work with the things they take pleasure in.

Make a point to be hip with pop culture in a novel, creative way; you’ll be competing against news and entertainment television outlets if you simply reiterate what you hear elsewhere, a fight for Web traffic you will not win.

Example from The Oatmeal: “Why I Believe Printers Were Sent From Hell To Make Us Miserable.”

Which topic do you think would resonate more with the readers of a Seattle-area real estate agent’s blog?

If the content that gets pumped out every day on blogs across the Internet is any indication of how bloggers think, you will most likely choose the former. Inman, on the other hand, would vocally insist that the latter is the best because it appeals to readers’ sense of empathy - a powerful emotion that marketers love to play to.

A consumer who feels empathy is likely to establish a bond with the company or author of the content that made him feel that way. By demonstrating that the content creator feels the same anger over readers’ complaints as they do, the creator beefs up his or her rapport in their minds beyond what the typical post might do.

Pick Topics Many Can Relate To

Example from The Oatmeal: “What To Say When Someone Asks About Your Age.”

Blog post topics that only cater to highly specific interests or industries are undesirable. Your best bet for creating wildly successful content is to make it appeal to the widest possible base.

In this way, a post titled “Tips for Alaskan Home Inspectors” is less likely to be a hit than “Five Ways Home Inspectors Save Your Life.” The latter blog would appeal to the same region-specific demographic as the former but also be of interest to home inspectors and homebuyers everywhere.

Example from The Oatmeal: “When Your House is Burning Down, You Should Brush Your Teeth.”

The creation of image-centric blog posts a strategy the RealEstate.com team has pursued with great success. We recently produced an infographic called “Super Bowl Appearances vs. Real Estate Prices” which discussed the fact that teams that have been to the Super Bowl most often tend to come from cities with high real estate prices. Despite the fact that real estate and football are completely unrelated, this interesting and easily accessible infographic attracted thousands of visitors and nearly 500 Facebook likes!

Example from The Oatmeal: “6 Reasons Bacon is Better Than True Love”

These are words that ideally should be used to describe how your blog’s content makes its readers feel. Readers are prone to start a post - and then finish it - if the post invokes these emotions. The feelings readers experience when they see blog posts with mundane topics akin to “Three Best Brands of Hardwood Floor Sealant” is generally boredom; this is anything but ideal.

Admittedly, invoking positive emotions in readers when blogging about real estate is more difficult than it would be if you were blogging about the topics Inman chooses to write and draw about. However, this added difficulty does not excuse you from the need to be creative in order to truly excel in the blogosphere. Look at it this way - if you develop a strategy for developing emotion-invoking real estate content, it will be that much harder for your competitors to mimic you.

Why Your Real Estate Blog Should Read Like The Oatmeal

Merely having a blog where relevant, real estate-related information is posted is not enough to become an Internet sensation. There are thousands - perhaps even tens of thousands - of actively blogging real estate agents who match that description. To stand out, you need to create a content strategy that caters directly to your readers’ desires, even if relevancy with the real estate market is sacrificed.

Of course, the chances that even the most entertaining real estate posts you produce for your blog will go viral are very, very small. This doesn’t mean your creative content won’t help you excel in the real estate blogosphere, however. There is no equivalent of The Oatmeal in this niche of the Web. With a good strategy and creative thinking, you could become the Matt Inman of the real estate world. 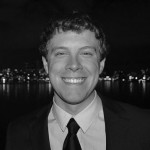 Andy Fulton is a community manager for RealEstate.com. He has more than three years of experience with blogging, outreach, and managing social media accounts for a handful of companies and non-profit organizations in the Seattle area.